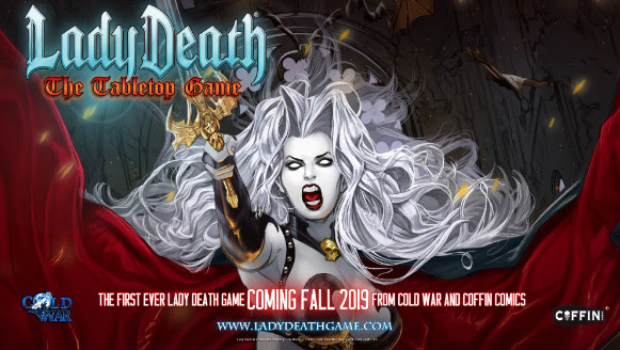 For the first time ever, Lady Death is joining the world of tabletop gaming thanks to a new collaborative team-up between Coffin Comics, LLC (Lady Death, La Muerta) and Cold War Inc., (Squarriors: The Card Game). After weeks of dialog, and a cool pitch from Cold War, Coffin Comics has granted Cold War the exclusive rights to introduce fans of the iconic Lady Death series to the world of tabletop gaming. 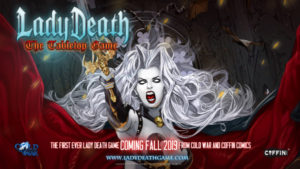 “Cold War gets it. They get to tap into Lady Death’s entire 25 year story history for the game. I think the overall game premise will stoke gamers
And fiends alike.” – Brian Pulido, Coffin Comics

“…beyond excited for the opportunity to give new life to Lady Death herself in the form of a tabletop game. Brian [Pulido] is a great guy to work with and we’re ecstatic to begin this project.”

The Lady Death tabletop game is now in development. More details about the game will be released as the project advances.