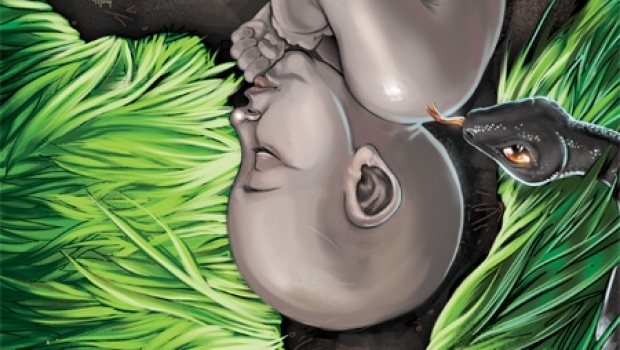 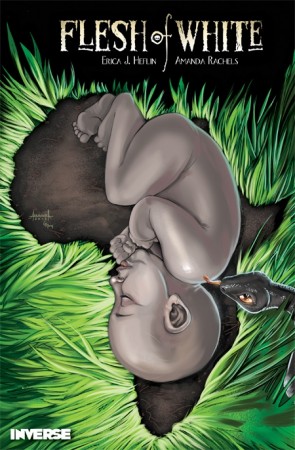 Flesh of White is an 88-page supernatural horror graphic novel, a story that touches on the all-too real plight of those with albinism in modern-day Africa, where local superstition makes these people the subjects of real-life horrors, as their flesh is believed to be a powerful component in ritualistic spells. In addition to contending with the frightening medical concerns associated with albinism, they must vigilantly watch for those who would hunt them for their very flesh!

In Flesh of White, the core of the story is the strong relationship between a mother, Rehema, and her young son with albinism, Kwasi. Only through her love, some luck, and the sacrifices of their community can Rehema prevent Kwasi from mutilation or death at the hands of Tuponile, the remorseless Witch Doctor who covets his tissues for use in powerful magicks.

Flesh of White has been released since 2013 as a series of four, 20-page comics, with story by Erica J. Heflin and art by Amanda Rachels. Now, the full story is being collected into one, 88-page volume and fully re-colored by artists Gavin Michelli (Last Ride for Horsemen) and Nathan Lueth (Vicious Circus).