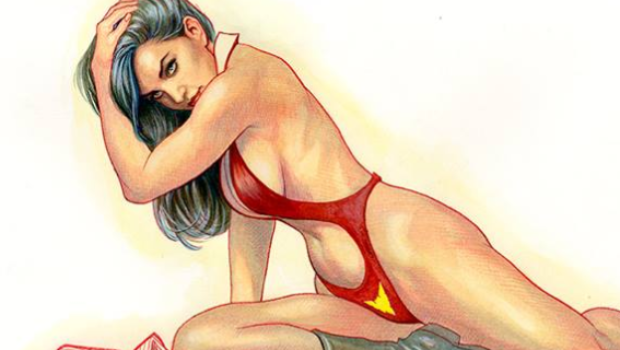 So Frank Cho spilled the beans and now everyone knows (well… those who follow Cho, that is 🙂 ) that CHO will be on cover duty for a new VAMPIRELLA series at Dynamite Entertainment, written by the one and only THOMAS SNIEGOSKI!!!

Yeah, I think those are plenty of capital letters….

Anyway, we at C4S think this might be a miniseries to be published side by side with the new Vampirella ongoing by Christopher Priest, which will start at FCBD 2019, as you can read and see here at C4S as well. Consider us fans 🙂