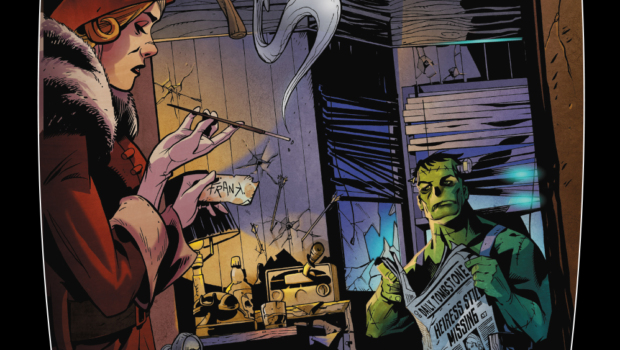 one classic short story at a time.”– 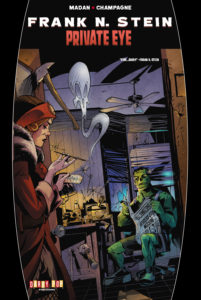 Logline: In the city of Monstertown, private dick Frank N. Stein takes the cases no one else will while nursing both a broken heart and a tepid milkshake.

Series Synopsis: Frank N. Stein has the face of a monster, the brain of a stranger, and the soul of a poet. Currently, Frank ekes out a living as a private detective on the hardscrabble streets of Monstertown – a nexus where all the fictional characters in the world co-exist. Whether you’re a fairy tale princess, a superhero, or a mythical beast, everyone has a secret. And for a few dollars and a milkshake, Frank N. Stein just might be willing to uncover yours.

“Frank N. Stein: Private Eye is a comic fan’s dream as it drops one of the world’s most famous anti-heroes into various genres – noir, fairy tale, superhero, high school, and classic cartoon,” explained Jeff Kline, founder of Darby Pop Publishing. “And its creation was a true labor of love for Keith and Dev; this is the “alien baby” the two of them had been hoping to give birth to for years.”

The Frank N. Stein: Private Eye hardcover hits comic book stores, bookstores, and select online retailers on October 31st, 2018 and will be available for the suggested list price of $19.99. It can be ordered by retailers from Diamond Book Distributors with Diamond Code {AUG18 1807}.

For a listing of Frank N. Stein: Private Eye, visit