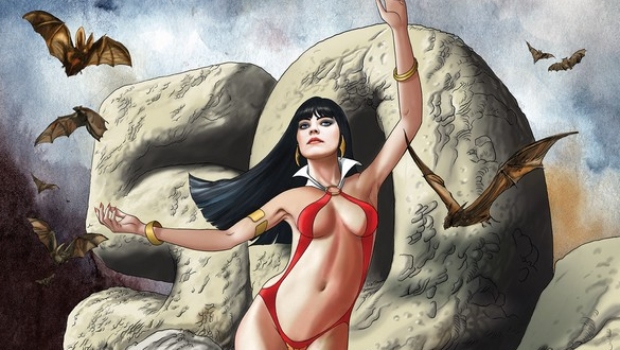 Watch now as Asthon reveals the full list of comics for Free Comic Book Day 2019 with a lineup that features 51 outstanding titles for fans!

“Each year, we continue to push ourselves to bring fans the very best Free Comic Book Day experience,” said Joe Field, originator of FCBD, and owner of Flying Colors Comics in Concord, CA. “The caliber, strength and depth of this year’s comic book titles is fantastic and independent comic book shop retailers all over the world can’t wait to treat fans and customers to an incredible day of fun, discovery, and learning about comic books and comic book shops.”

A complete listing of all fifty-one FCBD titles, including the twelve Gold Sponsor and thirty-nine Silver Sponsor comic books, can be found in the January issue of Diamond Comic Distributors’ PREVIEWS catalog, on sale at comic book shops on December 28, 2018. They can also be viewed online right now at www.freecomicbookday.com.

BOOM! Studios | WELCOME TO THE WHEDONVERSE

Albatross Funnybooks | GRUMBLE VS. THE GOON

ABOUT FREE COMIC BOOK DAY— Celebrating its 18th year, Free Comic Book Day is the comic book specialty market’s annual event where participating comic book shops across North America and around the world give away comic book absolutely free to anyone who comes into their comic shops. The event is held the first Saturday in May and is the perfect opportunity to introduce friends and family to the many worlds of wonder available at local comic shops. From superheroes to slice-of-life to action/adventure and beyond, Free Comic Book Day has a comic book for everyone!