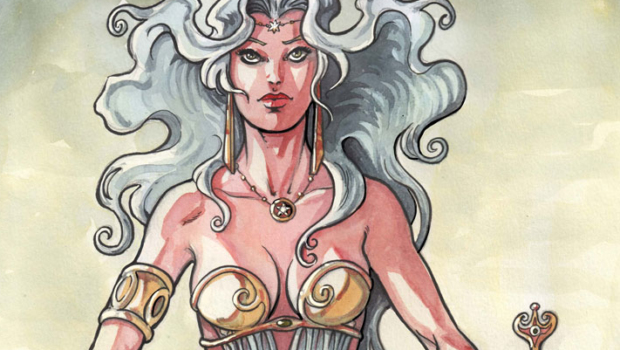 Galaxa To Return in the “Red Knight”

One of Belgium’s biggest success and long-lasting series is “The Red Knight” series van publisher Standaard and since new artist Fabio Bono with writer Marc Legendre came to the scene, a new style has been successfully applied. And we just got word that one of the oldest characters in the series will come back to make an appearance.

“Fans of the fairy Galaxa from the comic series De Rode Ridder can look forward to #262 that will be released in 2019. Then she is finally reunited with knight Johan. Fabio Bono wanted to draw her for a long time, fans steered towards her return and Marc Legendre considers now the moment to write her again in the series….

For her looks, Legendre portrayed actress Katheryn Winnick from the TV series Vikings as a graphic source of inspiration. Bono preferred to see classic beauties … young Sophia Loren, while he also wants to honor the version of Karel Biddeloo.

Next year the comic series will be 60 years old and will see the return of Galaxa….” 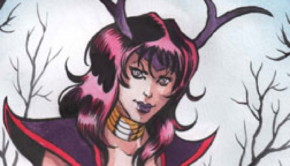 Demoniah prepares a comeback in “The Red Knight” →