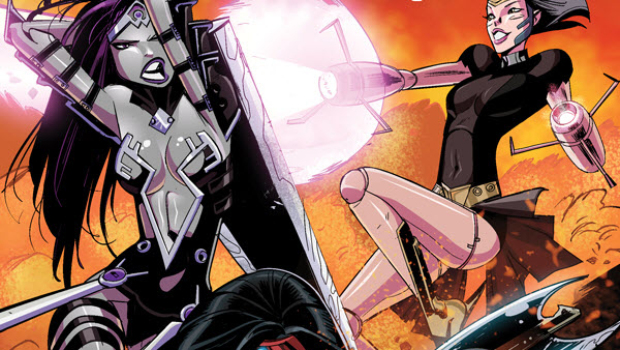 The Danger Doll Squad reunites once again! The popular Action Lab: Danger Zone team-up of Zombie Tramp, Vampblade, and DollFace are back together and forced into a galactic battle of epic proportions. A new cosmic threat takes the girls from Earth and throws them into a hive of genetic experimentation and gladitorial combat. With their powers combined, can they survive this galactic super fight?

DANGER DOLL SQUAD: GALACTIC GLADIATORS collects four issues worth of total genre bending mayhem! The volume will be in comic book stores on August 1st, 2018. Pre-order it with the Diamond item code JUN181306.