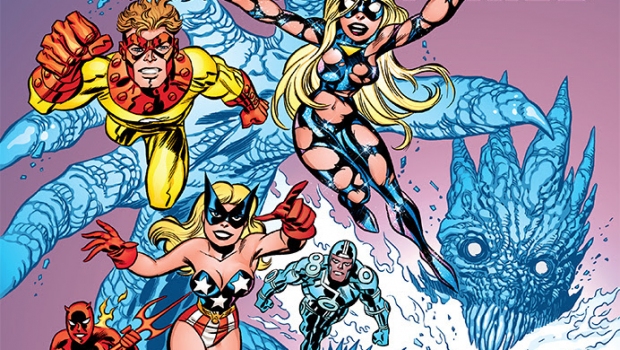 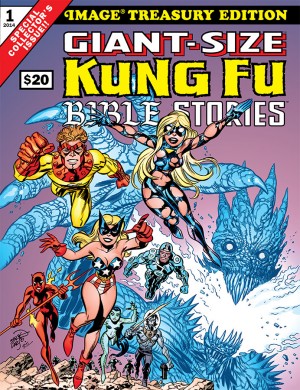 GIANT-SIZE KUNG FU BIBLE STORIES has been years in the making and Larsen explained the origins of the project: “I’m not 100% when and where the idea went from ‘wouldn’t this be fun’ to ‘let’s do this’ but San Diego Comic Con is a likely guess. The title itself was coined by Bruce and it was a working title cobbled together from some of our favorite Treasuries of old.”

Citing the the classic comics of the ‘70s as part of the inspiration behind the book, Larsen went on to add, “DC had done this great Bible adaptation and Marvel had done this Kung Fu collection with new pages added and it just became its own thing. I’m pretty pleased with how it all came together. And it’s gigantic so it looks just great. Everybody who’s seen the physical book is just floored by it.”

“The old reprint collection Treasuries were great, but the books that really inspired Erik and me were the ones that were specifically created with the over-size format in mind, things like the Kubert / Redondo BIBLE STORIES, the various Marvel / DC crossover epics and Kirby’s amazing 2001 adaptation,” added Timm. “The artists realised these aren’t just regular old comics blown up, but instead really took advantage of the massive scale. SUPERMAN VS. MUHAMMAD ALI is ‘merely’ a typically great Neal Adams comic when printed in the standard-sized comics format, but at ‘Treasury Size’ it’s a thing of pure gob-smacking awe. So that was what we were trying to do—a collection of stories that NEED to be seen in the Treasury format. It’s just a really fun sandbox to horse around in.”

GIANT-SIZE KUNG FU BIBLE STORIES will be available for $20 with Diamond Code MAY148229. The final order cutoff deadline for retailers is 8/11. 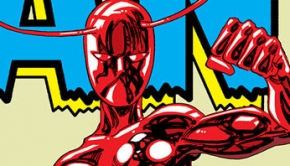 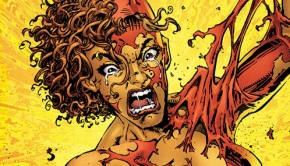