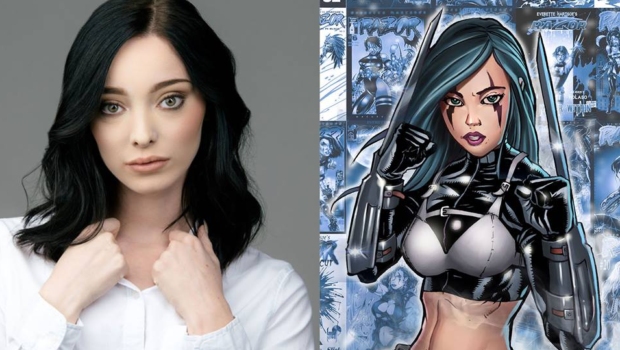 According to Deadline, Emma Dumont, who stars in Fox’s X-Men based series, The Gifted, has been tapped as the eponymous lead in Razor, a film from director Rob Cohen, which he adapted from the comic book series of the name by Everett Hartsoe. The Crow producer Jeff Most will produce Razor with Grant Cramer (Lone Survivor), Anna Wang (Crouching Tiger, Hidden Dragon 2), Christopher Milburn (Hunter’s Prayer), and Philip Lee (The Dark Knight). 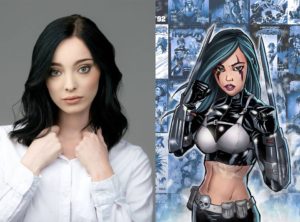 Dumont will star as Nicole Mitchell, a young woman who, as a ten-year-old, witnesses her cop father’s murder by a gang of upwardly mobile crime figures who seek to thwart his investigation into their nefarious activities. The trauma lands her in a sanitarium for a decade in which time she develops a complex plan of revenge on the murderers.

In the comics, Nicole, in an effort to rid the evil in Chinatown, becomes the superheroine Razor, characterized by her suit which is equipped with razors on her arms.

“Emma is a renaissance woman,” said director Cohen. “She’s a wonderful actress, a professional ballet dancer, and is currently getting her degree in Robotics Engineering. I have her training in Krav Maga and, believe me, there is nothing she can’t do.” 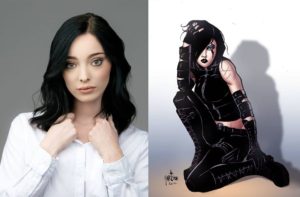 Most added, “Emma was born to play Razor. She is the embodiment of Everette Hartsoe’s comic character come to life. Emma naturally exudes the inner strength, acumen, athleticism, vulnerability, likability and street-wise intelligence that are the hallmarks of “Razor”. I couldn’t be more excited about finding the right actress in Emma to bring the character of Razor to life.”