Given to Me: A Tale of Two Stacy’s – Comics for Sinners
Column 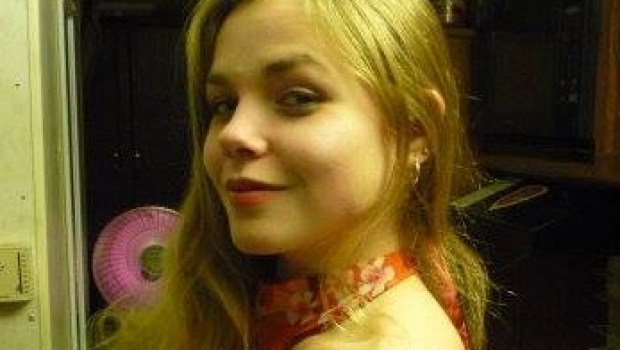 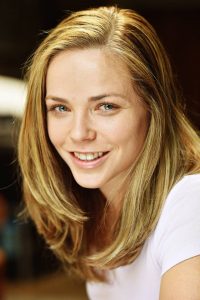 Stacy Hamilton isn’t a ninja warrior, an immortal or a vampire. In fact, she’s an average girl in her mid 20’s that works as a dental assistant in Karl Vincent’s Office building. A young lady struggling to make a living and just get by. Think of Linda Hamilton’s Sara Conner (Terminator – 1984,) an average waitress who’s about to be thrust into the adventure of a life time. (Easter egg: I’ve included the name of every actor that’s played Dracula on film, up until 2010 when I wrote the story, in the novel “Last Rites: The Return of Sebastian Vasilis.” Stacy’s full name is Stacy Georgette Hamilton, after George Hamilton, who played Dracula in 1979’s “Love at First Bite.”) Actress Melissa Goggans Williams was originally cast to play her.

When I met Melissa I thought she was the perfect actress to play Stacy. Very sweet natured and an engaging smile, producer/director Jeffrey Crisp has been doing a great job casting this film. But her star is rising too quickly and she is leaving us for la la land (what we in the industry call Hollywood.) Melissa will still be in this film, but with a smaller role. I am also going to make sure she’s in “Dracula Rising” with a meatier role, she’s to good of an actress and I want her in the sequel, we should have a bigger budget by then and we will make it happen.

But this leads us to the dilemma, who will play Stacy? Jeff immediately put out the casting call and told me about Anja Akstin. I looked at her IMDB page and she is definitely a pretty girl. I have never met this young lady, but our fearless leader hasn’t steered us wrong yet and I’m sure she’ll pan out and be an awesome member of the cast in the greatest vampire movie ever made. I will find out on January 17, 2016 because I will be shooting my first scene with her.

The scene we are shooting in about 10 days will be a scene where the drunken Karl knocks on Stacy’s motel room door. Before I tell you what may (or may not) happen, let’s discuss the background of Stacy and Karl’s relationship. After Karl loses his detective job and his wife (Barbara) throws him out of the house, he winds up moving into an office building and setting up his own paranormal investigator business. He has to call himself a paranormal investigator because you can’t call yourself a vampire hunter in the good old U.S. of A. He can’t even afford an apartment so he’s living in the office building and working part time as a Security Guard.

Stacy is the dental assistant to Dr. Chris Lee (another Dracula actor) and when she learns what happened to Karl she initially thinks he’s crazy…until Karl saves her from the vampire Abssi. When Stacy sees that Karl isn’t crazy she begins to admire him, realizing that he has lost everything to protect the world and rid our fair planet of vampires. She develops a little crush on Karl and follows him on the dangerous mission to Cairo, Egypt.

It’s in Cairo that she decides she wants to be with Karl and plans to seduce him. And now a drunken Karl Vincent has knocked on her door. Will Karl start dating a smoking hot blonde that’s young enough to be his daughter, or will he stay faithful to his estranged wife Barbara? Can’t wait to find out? Read the novel “Last Rites: The Return of Sebastian Vasilis” or the 6 issue limited series of “Karl Vincent: Vampire Hunter” comic books (first issue free.) Novel’s available on Amazon, comics on Indyplanet, both are on Kindle.

Tags: Anja Akstin, given to me, kevin given, Melissa Goggans Williams