Given To Me: Adapting “Karl Vincent: Vampire Hunter” – Comics for Sinners
Column 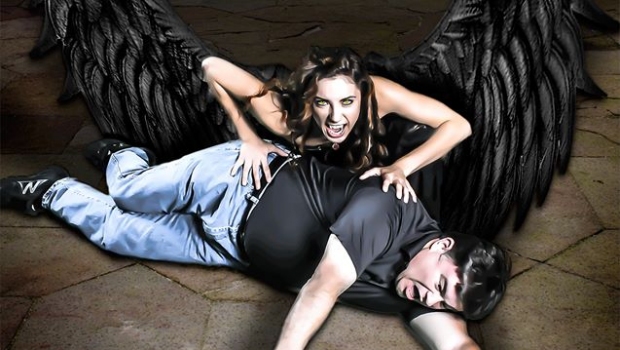 Hi Comic Book fans! I just want to let everyone know that production has begun on the movie adaptation of “Karl Vincent: Vampire Hunter.” The comic books are available on Indyplanet and the novel is available on Amazon, both are on Kindle. (Issue 1 is free, as well as issue 1 of “Files of Karl Vincent.“)

The scene we shot on November 14 was the scene where Karl first met President Lyndon Johnson. It was shot at the Boondock bar in Lakeland. Actor David Raizer played Johnson and Luis Antonio Howard was the ghost of Sebastian Vasilis.

The Film is being produced by Crisp Film Works. The whole production went smooth and the scene was wrapped in two days. I am very excited that I get to play my own character of “Karl Vincent”.