Given to Me: Another Scene in the can - Comics for Sinners
given to me 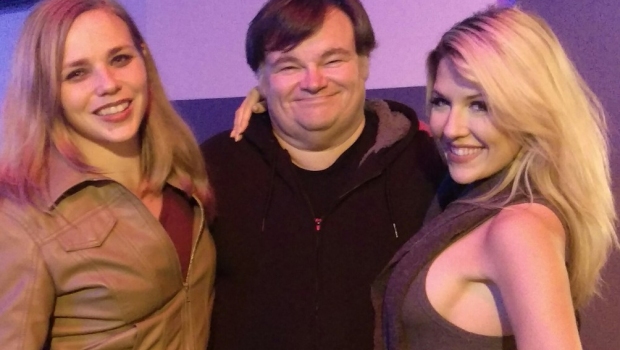 Given to Me: Another Scene in the can 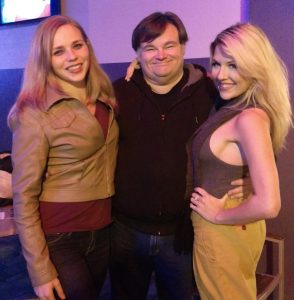 I am excited for the scene that we completed on Saturday 1/15/2017. It’s a very intense scene for the movie “Last Rites: The Return of Sebastian Vasilis, Karl Vincent: Vampire Hunter.” In this scene the vampire Abssi (complete with a Florida sun tan, lol, we’ll have to take of that in post) attacks the Dental Assistant Stacy Hamilton. Stacy and her sister were out drinking and Stacy decides to sleep in her office instead of driving home and risking a DUI. She takes a short cut down a dark alley and the vampire Abssi sees her and decides that he’s hungry. He stalks her and toys with her before attacking her.

The vampire Udo shows up and interferes with Abssi’s meal. Abssi and Udo are mortal enemies. One is a Setite vampire and the other is Lilitu. They have tried to kill each other on several occasions in the past. Udo has been sent to call clan leaders from all the clans to a meeting where the recently resurrected Lilith will lead the vampires on a mission which will unite the clans and make them all powerful. He arrives in time to interfere with his attack on Stacy which gives her time to escape. 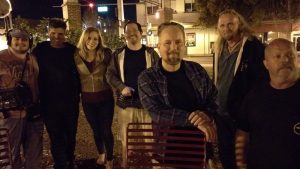 We set up the shoot at 4 in the afternoon and didn’t finish until 2:40 in the morning with two scenes that probably won’t run more than 4 minutes of screen time. Kudo’s to an excellent crew that put a lot of sweat and dedication to this scene and all the scenes that we’ve filmed so far. Producer/Director Jeffrey Crisp; Producer Curt Bowman; Director of Photography Daniel Trout; Camera man Zane Kuhle; Sound man Dan Arias.

“Last Rites: The Return of Sebastian Vasilis”is a movie based on my first “Karl Vincent: Vampire Hunter” novel available on Amazon. Enjoy the production stills from the shoot.