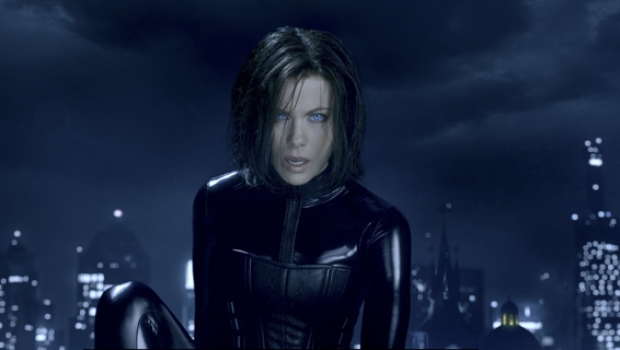 It’s time for another column and I’m running out of things to say about “Last Rites” (at least without giving away plot points.) So, I want to talk about the sequel “Dracula Rising” (working title). This film will re-unite most of the cast from the first “Karl Vincent: Vampire Hunter” movie and introduce some new characters.

This film will open in true noir style with a mysterious lady in black entering Karl’s office. She calls herself Dominique Alexander (Dream casting: Kate Beckinsale.) She hires Karl to track a vampire but in reality she is leading Karl into a trap as she is none other than Dominica, Dracula’s daughter. (I know, it’s a plot reveal, but to understand the character it had to be done.) The hiring of Karl will bring about the resurrection of Sebastian Vasilis brother, who is Dracula (Robert Lewis Rivera)

The character of Kunoichi Kate Bryant (Jackie Pitts) will be more prominent as she discovers more about the death of her father. I’m hoping this will lead to a Kate Bryant stand alone film which I want to direct. Kate will also battle Dominica in the Japanese suicide forest Aokigahara.

This move will cause friction between Karl and Trevor.

Sebastian (Luis Antonio Howard) is back and learns that Dracula has been resurrected and finds out his plans for world domination. They can only resurrect one more vampire and this leads to a brother on brother knock down drag out fight over which vampire will be resurrected, Sebastian’s daughter Maria or Manuwalde (based loosely on the William Marshall character in Blacula) The older brother wins and Manuawalde is resurrected.

And that’s all I‘m going to give away on this story until I start turning the outline into a script.