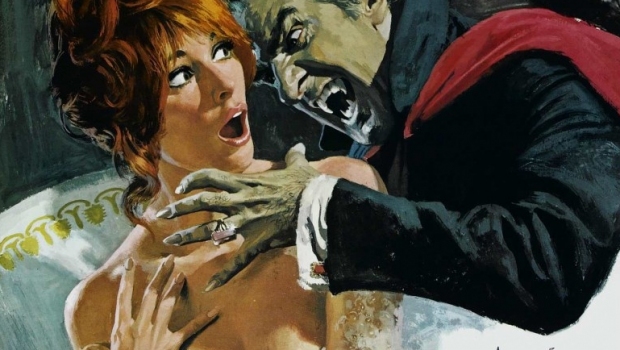 I had a lot of fun with “Files of Karl Vincent” # 1. So much fun that for a limited time you can read it free on Indyplanet. There are Easter eggs throughout this issue and I want to share them with you.

“Files of Karl Vincent” # 1 is the story of how President Lyndon B. Johnson became a vampire. As I noted in my last blog there are three movies in production right now featuring President Lyndon Johnson: A Rob Reiner bio-pic starring Woody Harrelson, An HBO miniseries “All the Way” starring Bryan Cranston of “Breaking Bad” fame. And our little opus “Last Rites: The Return of Sebastian Vasilis” from “Karl Vincent: Vampire Hunter.” featuring David Raizor as LBJ.” 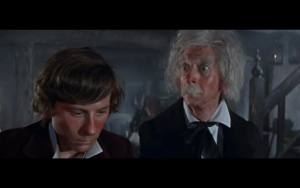 I wrote the origin after I looked up LBJ’s obituary on line and worked in the vampire Johnny Carradine and presto! instant President Vampire.

SPOILER ALERT: You may want to download the free issue first before you read the blog. I think it would be more fun for you as this blog contains spoilers.

1) The letter that Mrs. Carradine holds while reading of Johnny’s death at the hands of the Viet-Cong is an actual letter on white house stationary and signed by President Lyndon Johnson.

2) Mike Howard was a real Secret Service Agent assigned to protect LBJ (and Kennedy before him.) Colonels McGranahan and Hieger were the real doctors that performed the autopsy on LBJ. 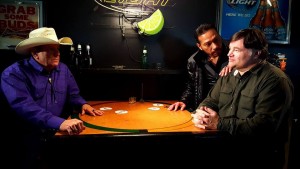 There you have it trivia buffs. If you are ever in a discussion about comic books with your friends and they have happened to read this comic, you can sound real intelligent by bringing up these little known facts! Until the next blog, keep reading those “Karl Vincent: Vampire Hunter” comics and novels.

Your Visual Pleasure: 1) “Fearless Vampire Killers” movie poster 2) Roman Polanski and Jack MacGowran as Alfred and Professor Abronsius in the film 3) page 9 from “Files of Karl Vincent” # 1 and 4) a still from the film “Karl Vincent: Vampire Hunter” with David Raizor (Lyndon Johnson) Luis Antonio Howard (Sebastian Vasilis) and Kevin Given (myself as “Karl Vincent”)