Given To Me: In the Beginning – Comics for Sinners
Column 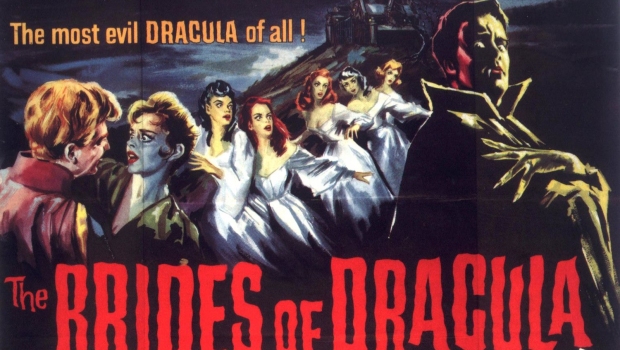 Given To Me: In the Beginning

This week I want to share how I got the original idea for Karl Vincent: Vampire Hunter. The seed that became the mighty oak was born as I was watching an old Don Knotts movie called The Ghost and Mr. Chicken. The thought formed “What if Don Knotts were a vampire hunter?” From there I wrote my ideas on a piece of paper. I outlined the character and got inspiration from my youth in the old Kolchak: The Night Stalker TV shows and threw in Peter Vincent from the original Fright Night movie series then I added a dose of yours truly and voilà Karl Vincent: Vampire Hunter was born! Hammer’s Dracula series was also a big influence.

I studied with the Long ridge Writers group out of Connecticut and wrote a short story about how Karl cornered and killed his arch-nemesis, Sebastian Vasilis, in a potato barn In Island Falls, Maine (I’m actually from Houlton, but Island Falls has a better sound for a horror movie.) This was Karl’s first encounter with his main villain. While in Los Angeles I tried to flesh the idea out into a major motion picture. But I couldn’t sustain the suspense until the final act. So I wracked my brain one night and came up with the idea to give Karl an epic adventure (This is why Sebastian is dead at the beginning of Last Rites.)

A couple of months before I studied screen writing Hollywood style at Writer’s Boot Camp I watched the Akira Kurosowa classic Seven Samurai and outlined the movie. then I watched the Western remake Magnificent Seven and outlined that. I used both outlines to come up with the frame for Last Rites: The Return of Sebastian Vasilis then proceeded to develop my characters. I knew I wanted a vampire, an old man and a little girl in the mix. It was while watching Bubba Ho-Tep that I got the idea to use a former President and Lyndon Johnson became the old man/vampire. Then Athena Timon became the little girl. But she’s not really a little girl, she’s a 2,000 year old immortal trapped in a little girl’s body due to an ancient curse.

I wrote the first draft before I attended Writer’s boot Camp and they showed me in class every thing that was wrong with it. After the third draft I was happy and registered it with the screen writer’s guild, had it copyrighted then up loaded it to a site where producers go to find projects. Then I forgot about it.

I always considered Florida my home but, due to circumstances way beyond my control (namely the recession of 2010,) I wound up living with my mother near Pittsburgh PA. Very depressed and broke I spent a few years up north but when I could finally return to Florida, I did so. I hadn’t been home a month and Jeffery Crisp of Crisp Film Works contacted me and wanted to turn my script into a movie. We met over coffee and, long story short, we started filming in November 2015! I’m so ecstatic. I’ve been riding high ever since! Last Rites: The Return of Sebastian Vasilis: The novel that started it all! For more information see my other Given to me columns and the Facebook page, please click “like” while you’re there.

Next week’s post: Who did I write the story for?