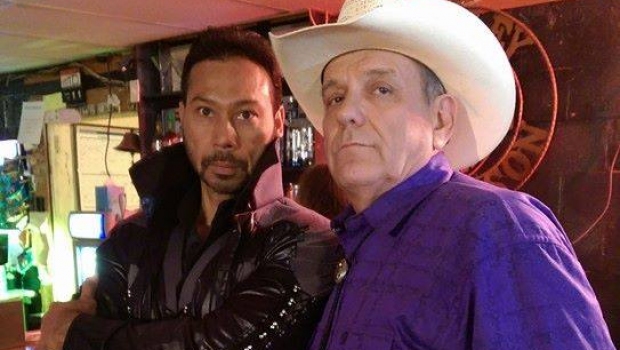 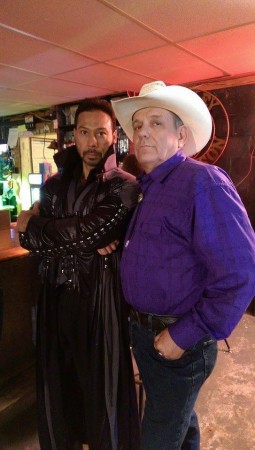 Q) What do actors Woody Harrelson, Bryan Cranston and David Raizor have in common?

A) They’re all playing President Lyndon Johnson in 2016!

What does that have to do with comic books? David Raizor is playing LBJ as a vampire in the movie adaptation of “Karl Vincent: Vampire Hunter.” # 1-6, which in itself is an adaptation of the novel “Last Rites: The Return of Sebastian Vasilis.” Jeffrey Crisp, producer/director.

When I discovered that there were two more films coming out this year that featured LBJ as a character I was ecstatic! We are bound to get mentioned in most media blogs as the actors will be compared to each other and the real President. The idea to use a dead President came to me after I saw Don Coscarelli’s low budget offering “Bubba Ho Tep.” It features Bruce Campbell as Elvis Presley and Ossie Davis as a mental patient that thinks he’s JFK.

But there’s more to the reason why I’m so excited about this development. You see the original President vampire was going to be Ronald Reagan. But Reagan wasn’t working in the story. I had to change Presidents. So, after researching all the recently (within the last 50 years) deceased commanders-in-chief I finally decided on LBJ. You see, this is just one of many developments that tells me that everything is falling together in just the right way. It is no accident that production has begun now. It is karma, fate, the muses have spoken and it is God’s will! 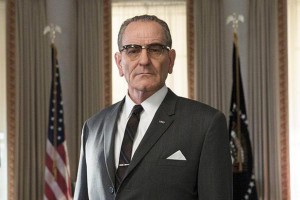 For those who don’t know, Woody Harrelson is playing LBJ in Rob Reiner’s bio-pic. Rob Reiner may seem like a strange pick to do a bio-pic on LBJ since he played the liberal anti-war Mike Stivic on “All in the Family” but this is what he had to say on the subject: “During the ’60s, I was a hippy, and Lyndon Johnson was my president, at the time LBJ was the target of most of my generation’s anti-Vietnam War anger. But as time has passed and my understanding of political realities has grown, I’ve come to see LBJ in a very different light. He was a complex man, a combination of brilliant political instinct, raw strength, ambition and deep insecurities.”

Bryan Cranston is playing the character in HBO’s “All The Way,” which is a play on LBJ’s campaign slogan “All the Way with LBJ.” I do not believe for a second that it is mere coincidence that all three films began production in 2015. It was meant to be. So you see, I picked the right time to pull out my Johnson!

For a free comic book on how LBJ became a vampire click here: Files Of Karl Vincent #1 | IndyPlanet