Given To Me: The Origin Of Given – Comics for Sinners
Column 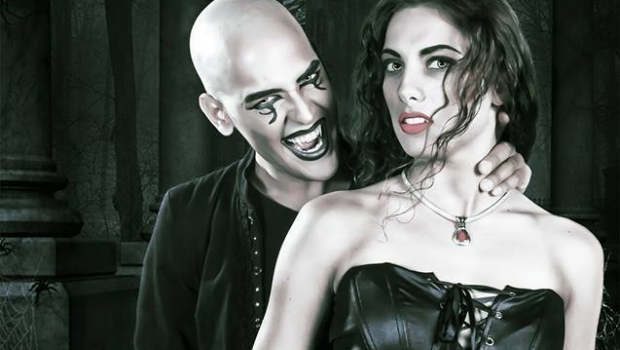 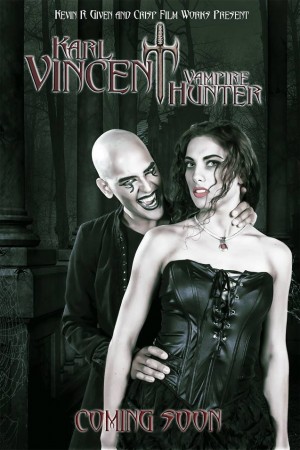 Hi comic book fans. I’ve been asked to write a guest post to let the comic book world know what’s going on in the “Karl Vincent: Vampire Hunter” universe. So here it is:

First: check out “Karl Vincent: Vampire Hunter” #1 and “Files of Karl Vincent” #1 both for free on Indyplanet.
I am very excited that production begins on November 14 for the movie adaptation of “Last Rites: The Return of Sebastian Vasilis.” The first scene we will be filming is the scene where Sebastian leads Karl to the bar where he meets his first Vampire Hunter, who happens to be a vampire himself and President Lyndon Johnson (Read “Files of Karl Vincent” # 1 to see how Lyndon became a vampire.)

To sum up “Last Rites” Karl Vincent is a vampire hunter that must prevent the resurrection of the three greatest vampires in history; The Hebrew Lilith, the Egyptian Sekhmet and the Hindu Kali. Lilith has already been resurrected. Now, with the help of a few friends he must prevent the others from being resurrected or Vampires will become more powerful than they are now. His friends include a former President of the United States, now a vampire hunter himself. An immortal and his daughter; a Ninja warrior; an Egyptian peasant and the ghost of a vampire that he killed years ago. It’s an off-beat quirky horror comedy in the tradition of “True Blood,” “Buffy the Vampire Slayer,” “From Dusk til Dawn,” and “Lost Boys.” or “The Magnificent Seven” meet “Fearless Vampire Killers”

The movie is being produced by CrispFilmWorks: Also coming up is the comic book adaptation of “Foul Blood.” This is the second novel in the Karl Vincent: Vampire Hunter series, but it is a prequel to “Last Rites” and is the origin story of Karl Vincent and tells of his first encounter with a vampire. This novel is also available on Amazon. I am getting short on cash and will be creating a Kickstarter campaign in January for completion funds. To sum up “Foul Blood” The second book in the “Karl Vincent: Vampire Hunter” series. This is the story of how Karl became a vampire hunter in the first place. Dead bodies are showing up behind the night club “First Impressions” decapitated and drained of blood. Is there a vampire loose in Boston? David Reynolds, a serial killer that Karl arrested years ago has escaped. Is he behind the murders? The second victim was Paul “Sweetheart” Sachitella, a mobster with ties to club owner Leo “The Freezer” Kowalski is Leo involved? “Last Rites” is more of an epic adventure that takes the reader from Boston to New York, then off to exotic locales; Cairo Egypt and Calcutta India. While “Foul Blood” reads more like a cross between Horror and noir genres. Along the lines of Edgar Allen Poe, Dashiell Hammett and Raymond Chandler. Here are some pages from the “Foul Blood” comic adaptation, some unfinished: Inspiration for some of these characters came from real people: Leo Kowalski was loosely inspired by the real Mafioso Richard “Iceman” Kuklinski while David Reynolds was inspired by the real serial killer Danny Rollins.

Tags: given to me, karl vincent, kevin given