HACK/SLASH Returns With SON OF SAMHAIN – Comics for Sinners
News 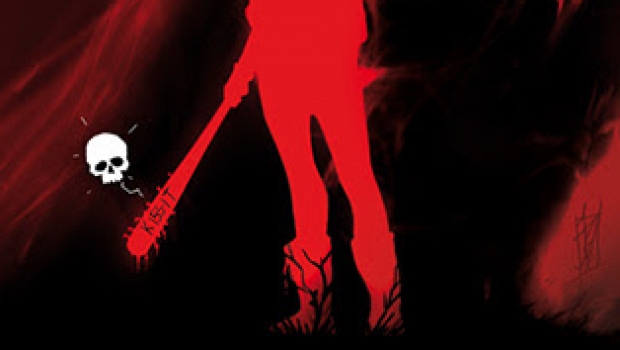 Your favorite slasher hunter is back! Michael Moreci (HOAX HUNTERS) and Steve Seeley (HOAX HUNTERS) return to the fan-favorite series created by Tim Seeley—HACK/SLASH—with an all new arc in SON OF SAMHAIN.

When a mysterious cult of monsters arises, Cassie is forced to return to the life she thought she’d left behind. Coupled with a new partner and faced with enemies unlike any she has battled before, Cassie must confront the darkness in the world—and in her own life—in new ways. The agents of evil never rest, and unfortunately for them, neither does Cassie Hack.
The newest chapter in Cassie Hack’s life will appeal to both long-time HACK/SLASH fans and readers looking for a jumping-on point. “Readers are going to get something that is immediately recognizable as Hack/Slash, yet unique in its own way as well,” said Moreci. “I think Tim told the story he wanted to tell, and that’s why he brought in Steve and I—we’re preserving what he did while building a whole new thing. There’s a lot of great stories to still tell with Cassie Hack and, hopefully, Son of Samhain is just the beginning.”
“All biases aside, I’ve been a Hack/Slash fan from the beginning. It’s a smart book with equal parts horror, comedy, action, sexiness; you name it. We knew continuing that legacy would be a difficult task, considering its history and loyal fan base, but Mike and I are damn proud of what we are doing with the book,” said Steve Seeley. “It’s still a sexy, comedic, action-y, horror comic, except it takes two of us to write it now. Mike’s all sexy action. I’m comedic horror. This is our sequel… the next step in the evolution of Cassie Hack.”
HACK/SLASH: SON OF SAMHAIN #1 arrives in stores on 7/2, and will be available for $3.50. It can be pre-ordered with Diamond Code MAY140592. An incentive variant cover featuring art by Cameron Stewart will also be available to order with Diamond Code MAY140593.