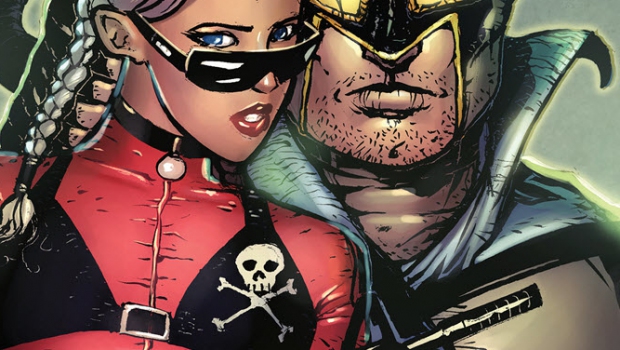 The star of Halloween 5: The Revenge of Michael Myers, Tamara Glynn will take on the lead role of BAYONET.

The graphic novel created by indie comics’ legend Everette Hartsoe tells the story of Sasha Ravenwood, a retired assassin turned mentor to a homeless girl named Nix. Both share telekinetic and psychokinetic gifts that make them a far dangerous threat to the secret society that enlisted them.

“ I wanted an actress to bring grit and a vulnerability, simultaneously to the role. Tamara Glynn brings that and then some to the table.” You can see the innocent girl as well as a ‘tough as nails bad ass’ merge into one.” Hartsoe said.

“I’ve been a fan of Everette Hartsoe’s comic book work for years. His attention to detail when he brings his creations to life is almost a mystical experience. Once he mentioned BAYONET, I knew I wanted to be a part of this project.”-said Glynn

Glynn first became associated with the horror genre when she guest-starred on an episode of Freddy’s Nightmares, the series based on the Nightmare on Elm Street franchise.
She began her career as a teenager in the late 1980s, appearing in television shows such as Miami Vice and Growing Pains before starring in the fifth installment of the Halloween franchise, Halloween 5: The Revenge of Michael Myers.

Hartsoe started his own comic book company in 1992 and has sold over 6 million books worldwide. Several Hartsoe comic books have been optioned for the big screen, such as RAZOR with producer Jeff Most and Emma Dumont attached to star and the India Eisley, Ethan Peck fairytale thriller ‘CURSE OF SLEEPING BEAUTY’ directed by Pearry Teo.

Production will take place in Nevada. No start dates have been announced yet.