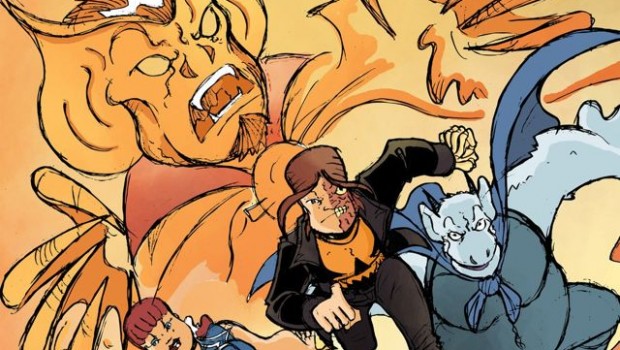 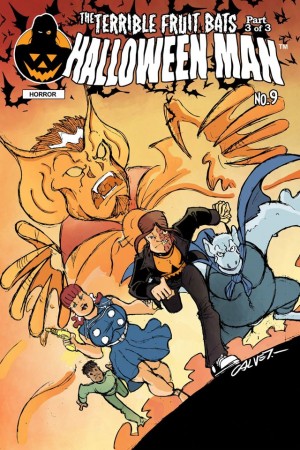 It’s the giant-sized, senses shattering conclusion of the Terrible Fruit Bats! All-out monster mayhem is in full effect. with the fate of a small town at it’s center! Will an empire of the undead rise? Or will Halloween Man save the day?!

Also in the issue, we dig up a moldy, oldie where our half-dead hero runs across the Devil himself! Plus, special features include a look at Hammer Horror from vampire novelist Jason Henderson and editor Russell Hillman’s love note to 80’s classic, “American Werewolf in London!”