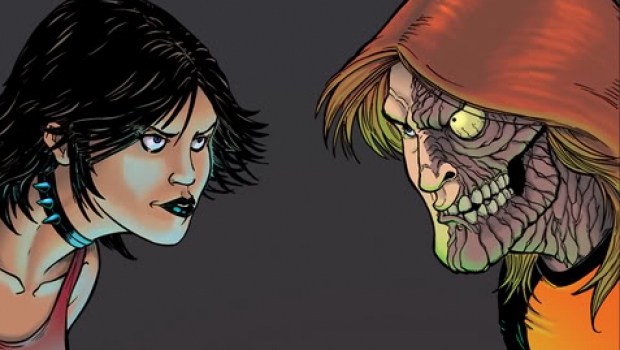 The Monsterverse era of Halloween Man kicks off this week by revisiting one of the long-running webcomic’s fan-favorite stories. Cassie and Vlad from Tim Seeley’s Hack/Slash cross dimensions into Solar City to face off against elder gods, some very marvellous zombies, and finally… Halloween Man himself. Available for digital download for the first time, this horror/adventure epic features art by David Baldeon (Scarlet Spider, Marvel Zombies Christmas Carol) and a script by Halloween Man creator Drew Edwards.