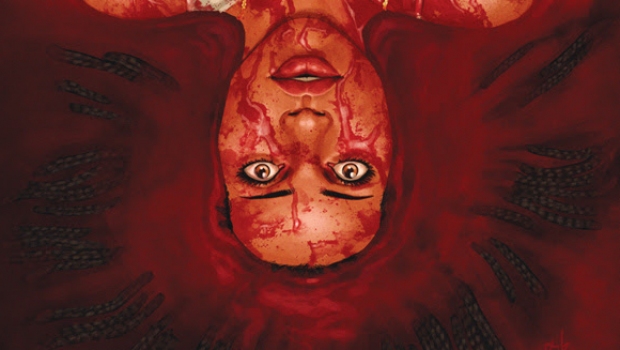 Kaydon Klay wants to be famous. She wants it more than anything else she’s ever known. The dream is hers for the taking, and all she has to do is embrace the national tragedy that’s put her in the spotlight…

“Kaydon Klay’s story is rooted in our national obsession with horrifying events—a parade of pain trotted out for the relentless 24-hour news cycle,” said Zub. “It’s about the fear of not feeling special, set against the all-seeing spotlight of instant media attention, all wrapped up with a supernatural spin.”

“If you enjoyed our first mini-series, this one’s going to get its hooks into you again,” added Zub. “If you didn’t read GLITTERBOMB, THE FAME GAME provides a fresh jumping-on point, giving you all the backstory you need and a new focal point character to follow along with.”