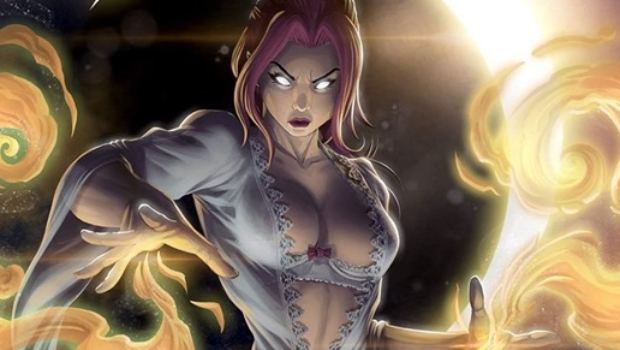 Harpies has its first spin off! Elisa Bisisgnano (Willowisp and Ma’Ari) teams up with Matteo Illuminati and Loris Ravina (Mine To Avenge art team).

Get it here NOW please 🙂

Aradia, the daughter of the Moon and the Sun, The First Witch, is sent on Earth to protect the oppressed and the poor… but evil never sleeps and plots to destroy her and everything she stands for.

After getting a degree in art, Elisa Bisignano – born in Palermo, Italy, in 1993 – decides that she really doesn’t want to be a painter. Thanks to some good luck she manages to enroll at the “Scuola del Fumetto” (School of Comics) of Palermo. She completes the three years and, once finished, creates with her colleagues “Ehm Autoproduzioni”, a small indie self-publishing house. She writes and/or draws a few titles, a couple of them in collaboration with other members of the group: ‘Come le bambole’, ‘Balloon’, ‘The Dead Waltz’, ‘TA’, ‘Frikis – Episode 4’.

‘Willowisp #1’ is her first project with Evoluzione Publishing.

As of today she is, thankfully, still not a painter. Her paintings would have been pretty bad.

Matteo Illuminati is a comic book artist and illustrator from Rome,Italy. He has worked on Manfont Yamazaki 18 years Apocrypha vol.1, Wilder Online Kersos #4, Segni d’Autore Space Anabasis vol.4 and now on the Evoluzione Publishing Mine To Avenge series. You can follow Matteo Illuminati on all his social sites.

Loris Ravina is a cartoonist born in Turin (Italy) in 1994.

After studying art in International School of Comics, he collaborated to various projects as a freelance.

He has worked as colorist on “Kersos” #4 by Wilder Online.

Now he’s working as colorist and letterist on “Mine To Avenge” by Evoluzione Publishing, and as character and props designer on cartoons by Enanimation 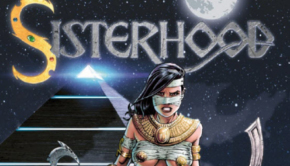 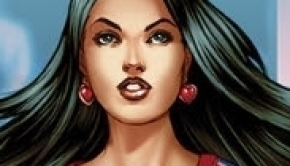