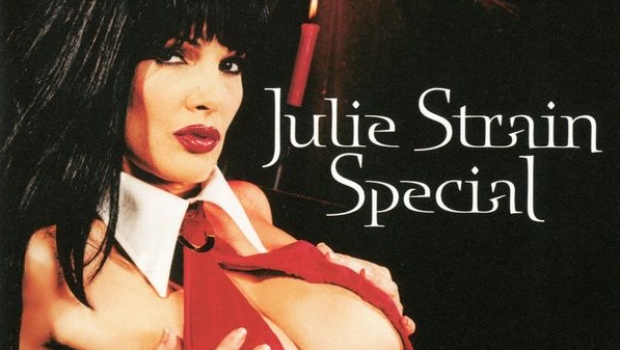 The comic book world now misses an angel, as word comes out that “Queen of the B-movies” Julie Strain – a Playboy model-turned comic book star – passed away yesterday.

Bleeding Cool back in 2018 already mentioned her mental health, her being in hospice in the last stage of dementia, and the background of her issues, which already shook me then.

And YES she was featured as Vampirella Action Figure even!!

I have talked to Julie a few times when she was in her “Vampirella” adventure and she came across as very down-to-earth. My memories of her are Vampirella-inspired, to be fair. One goes with the other, for me personally. As part of my favorite franchise, Julie will forever be part of my memories, that is for sure.

Julie…. may you rock in the afterlife as you rocked us fans!