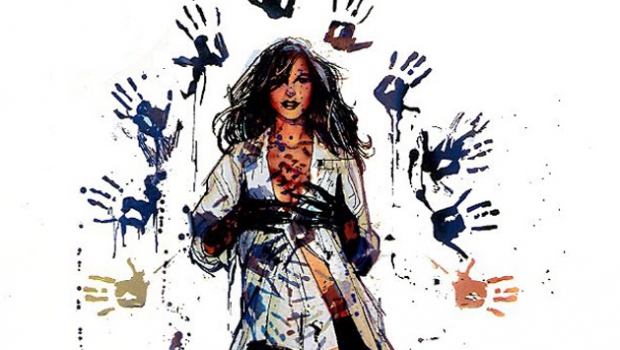 The Inkwell Awards has announced the winners of its 14th annual awards for excellence in the comic-book inking art form. Results are normally first made public at its live awards ceremony during its host show, The Great Philadelphia Comic Con, but at present, due to uncertainties with the Covid-19 pandemic, the show status is unknown and the ceremony is cancelled.

Nominees were chosen by a separate and independent nomination committee on their own as well as from artist submissions. Voting by professionals and fans took place for one week in March on the official ballot at the non-profit advocacy’s website. After 1587 ballots were tallied, one winner was chosen in each of five categories based on printed American interior comic-book work cover-dated 2020.

As begun last year, the Inkwells’ internal committee chose to not limit lifetime achievement awards within a given year. They selected four inductees for the annual Joe Sinnott Hall of Fame and three recipients for the Stacey Aragon Special Recognition Award (SASRA). There were no internal Silver Inkwell Awards recipients this year but there were two internal Above & Beyond Awards given to Bob Bretall and Johnny B. Gerardy for 10 years of Nomination Committee service.

Ballot nominees are listed below with their credits and the percentage of votes received by the winners, along with the other nominees in alphabetical order.

In alphabetical order, the lifetime achievement awards were as follows:

Mark Sinnott, Joe’s son/agent, said, “It is an honor for me to keep with the tradition that my dad, Joltin’ Joe Sinnott started over 10 years ago. On behalf of the Inkwell Awards, I would like to welcome its four newest members to its hallowed halls: Sal Buscema, Mike Esposito, Pablo Marcos and Mike Royer. It is great to have you all as members of the Joe Sinnott Hall of Fame class of 2021. Welcome to the Inkwell family! You have all brought a great deal of talent and class to the comic book world, and we thank you for that. Keep slingin’ ink, and never let your inkwell run dry!”

Full acceptance statements from Sinnott and the winners will be found in the “Award Recipients” section of the Inkwell Awards’ website in the near future.