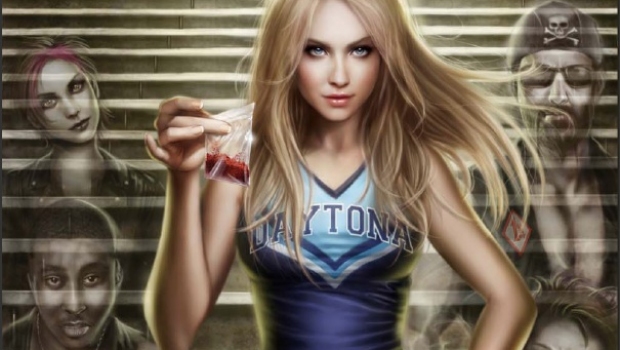 It Came From the Bad-Girl Archives: Chopper #1–2

Welcome to the second installment of an occasional feature called “It Came From the Bad-Girl Archives,” in which I shine a spotlight on some out-of-print and possibly long-forgotten comics that starred the sort of scandalous (and sometimes Not Safe For Work) female leads who have always reaped a goldmine in profits for comic-book publishers. Think the 1990s’ “bad-girl era” was the only time these femmes fatale became popular? That’s just the tip of the iceberg!

In part one of this series, I introduced you to the Eros Comix one-shot Betty Being Bad, a comic-length autobiographical essay by acclaimed writer/artist/letterer John Workman, highlighted by a collection of black-and-white photos of 1950s pinup icon Bettie Page in various stages of undress.

This time around, I bring you Chopper #1–2, written by Martin Shapiro, illustrated by Juan Ferreyra (Batman Eternal, Kiss Me, Satan!, Prometheus: Fire and Stone), and published by Asylum Press in 2011. An intended five-issue Mature Readers miniseries, it was either canceled by Asylum or abandoned by its creative team after the release of the second issue. Still, it’s a project that might appeal to regular readers of Comics for Sinners. Allow me to explain:

At face value, Chopper is a contemporary spin on Washington Irving’s classic tale “The Legend of Sleepy Hollow”: the Reaper, the long-dead—and headless—member of a Hell’s Angels chapter roars through Daytona Beach, California, on his chopper motorcycle, cutting off the heads of his victims with a scythe and taking their souls. (It’s probably a pretty good bet that Shapiro “borrowed” the idea from an episode of the 1970s horror TV series Kolchak: The Night Stalker, considering the Steve Fisher–scripted “Chopper” was about a headless biker decapitating the members of a biker gang with a sword.) The main difference here is between the lead characters: “Sleepy Hollow’s” Ichabod Crane was a gangly, bookish schoolteacher afraid of his own shadow. Chopper’s Christina is a high school cheerleader with a contentious relationship with her divorced parents—especially with Dad, who’s a cop—and a self-professed “borderline personality”…who also deals drug to her schoolmates between classes and squad practices.

The latest product Christina’s been peddling is Stairway to Heaven, a blood-colored powder that’s five times stronger than Ecstasy. It does more than get you high, it allows you to see auras—and dead people. And one of those dead people is the Reaper, who can see you, too. And after Christina snorts some of her own product, he can see her as well…

As for where the story was going—who knows? As I said, Chopper hit a dead end with the second issue, and Shapiro, who’d been billed as an “award-winning screenwriter” followed the comic with a web-broadcast prequel series to Chopper—that came to a halt after its second episode. Shapiro had an interesting premise here, and Christina was certainly a character who would appeal to readers of Comics for Sinners, but we’ll just have to continue wondering how the eventual Reaper-Christina clash would have played out; it’s never going to be resolved.

On the other hand, Ferreyra’s art is definitely the main attraction for bad-girl enthusiasts. It’s easy to see why publishers like Dark Horse and DC Comics put him to work on such series as Colder, Suicide Squad, Gotham by Midnight, and Constantine—he’s just that talented.

Bottom line? An interesting premise and fantastic art were not enough to get the miniseries past its second issue, but you can still find digital editions of both issues at online comics distributor Comixology. Give them a read.

Available for $1.99 each from Comixology 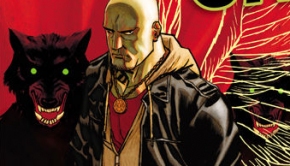 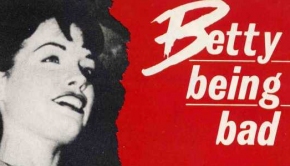 It Came From the Bad-Girl Archives: Betty Being Bad →