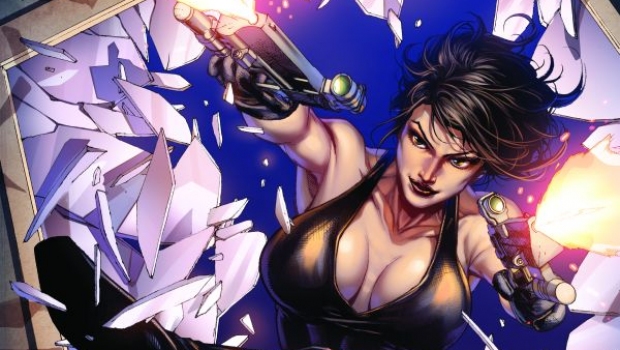 Famous for writing one of the defining series of The Punisher with Mike Zeck, Steven Grant takes on Jennifer Blood with Jennifer Blood: Born Again! Dynamite is privileged to be working with Mr. Two Guns himself for the very first time on such a special project. Joining Steven on the comic will be interior artist Kewber Baal, with covers by Stephen Segovia! Make sure to get the book in print and digitally this coming August!

In Jennifer Blood: Born Again #1, the streets of Lalaland run red when Jennifer Blood returns to declare a new war on the mobs. Or does she? As a low level hood plots to leverage her in a bid to take over the Los Angeles underworld, her war attracts some very dangerous attention and unexpectedly sets a lethal international chain of events in motion. A deadly new direction from writer Steven Grant, the well-known writer of classic The Punisher stories as well as the creator and writer of Boom!’s 2 Guns!

“I don’t play with other people’s toys much anymore, but Jennifer Blood was too juicy a prospect to pass up. As one of Garth’s greatest creations, she was pure psychopulp, that’s what I love about her, and the psychopulp is what we’re going for as we bring her back from the precipice after she has lost everything, and give her a new focus, a new home and a new direction. She used to be crazy, with a thick veneer of sane hiding it. Now she’s chillingly sane, but it’s crazy-sane. She has been a lot of fun.” – Steven Grant

“Steven is well versed in the world of all things hard-boiled and he’s bringing all those skills to this new series of Jennifer Blood.” – Joseph Rybandt, Dynamite Senior Editor

“I’ve known Steven for 20 years, and since Dynamite began publishing 10 years ago I’ve wanted to work with Steve,” states Dynamite CEO/Publisher Nick Barrucci. “His incredible body of work ranges from The Hulk to the Avengers, and was the first writer to turn the Punisher in to one of Marvel’s leading characters, and of course now 2 Guns. It’s rewarding that a writer of Steven’s caliber is finally working with us, and on an extremely important character to Dynamite – Jennifer Blood.” 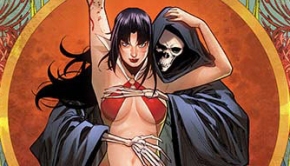