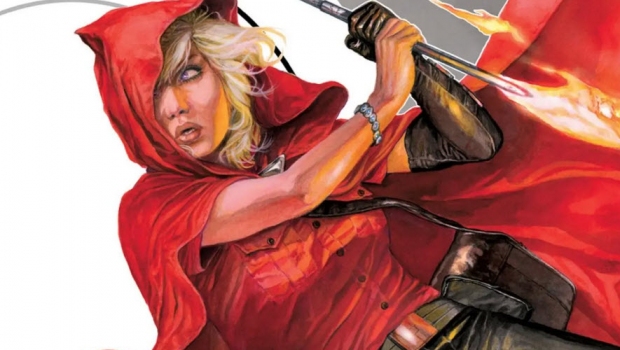 In February 2018, Bleeding Cool reported from Image Expo (remember those) that the Batwoman team of JH Williams III, Haden Blackman, Dave Stewart, and Todd Klein were working on a new series, Echolands, though without a firm publication date. Three years ago, he was working on issue 3.

BC has seen that Echolands has been announced for August, as part of today’s Image Comics solicits and solicitations, from Diamond’s Previewsworld.

In a bizarre future world that has forgotten its history, a reckless thief Hope Redhood holds the key to excavating its dark strange past – if only she and her crew can escape a tyrannical wizard and his unstoppable daughter. But fate will send them all on a path leading to a war between worlds.

ECHOLANDS is a landscape format mythic fiction epic where anything is possible; a fast-paced genre mashup adventure that combines everything from horror movie vampires to classic mobsters and cyborg elves, to Roman demigods and retro rocket ships. It’s going to be a helluva ride!

Each issue of the series will offer a Raw Cut edition, featuring the art from J H Williams III as it looked leaving his work studio. In Shops: Aug 25, 2021 SRP: $4.99