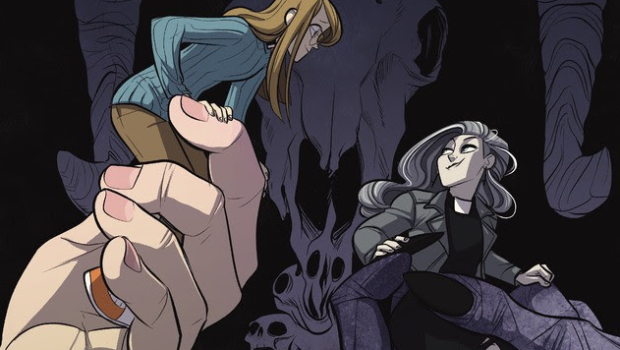 John Allison brings us into the morally grey world of “Steeple”

Tredregyn Parish – in a sleepy Cornish coastal town fabled for its cursed origins, a newly arrived vicar quickly befriends another local priest, before realizing that they serve very different masters. Beset on all sides by witchcraft, the Church of Satan, battling Reverends, officious housekeepers and the ever-present sons of the sea, Billie Baker and Maggie Warren must balance the war between good and evil with the needs of their parishioners. After all, this town has supernatural problems that a nice cup of tea won’t fix.

“At a time where we align ourselves along ever more partisan lines and refuse to believe that the other side might have anything useful to say, Steeple is my attempt to show just how wide and deep the grey area actually is. I’m uniquely placed to tell this story, as personally, my carefully-held beliefs fold like a card table in the face of anyone who sounds like they know what they’re talking about.”—John Allison

Steeple #1 (of 5) arrives in comic shops on September 18, 2019 and is available for pre-order now at your local comic shop.