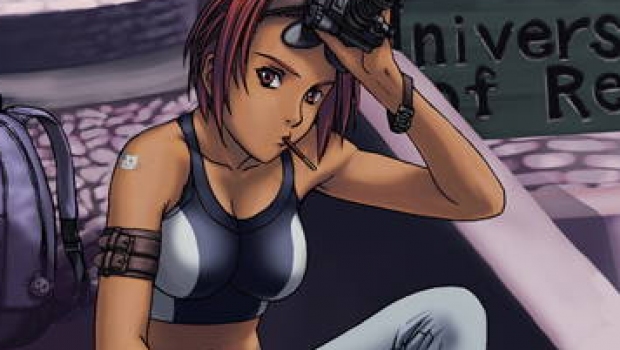 With the explosion of the mobile Tablet market, the digital comic book revolution has been steadily increasing its exodus away from the hardcopy paper format at a rapid rate and for obvious reasons. Comic fans love being able to read all their collection from one device, and the prices are so much more affordable because of no overhead printing costs for content-creators. Indie-creators are especially grateful for the ability to sell directly to fans, bypassing the obstacles of going through the bureaucratic channels of major publishers.

Real Interface Studios, a comic book indie-studio based in NY/NJ, is re-releasing the first comic book series their company created a decade ago as a digital graphic novel for Apple’s iPad and other tablets, JTF-3 Counter Ops.

Originally published in 2003, the complete collection of the 5 issue comic book mini-series is sold as a one single download containing 135 full-size digitally colored pages of non-stop action at a very affordable price!

Joint Task Force 3 is a story about a U.N.-sanctioned group composed of the most elite Counter-Terrorist operatives and Law-Enforcement officers from around the world.

Attempting to thwart a Terrorist organization from acquiring weapons of mass destruction, JTF-3 soon find themselves caught in a crossfire. Can they outthink or outgun a threat to U.S. allies that may have domestic ties? A cautionary tale that may prove too close to reality to pass as fiction…

“The cover is just a taste of the good art in Counter Ops. The battle is especially well drawn with hand-to-hand as well as gun fighting. And things are explained in the midst of it all which makes it seem relatively real in time instead of having to read four pages of straight dialogue then have nothing but battle.

The plot as well as the order of presentation within the story are well thought-out. It is energetic with action, brains, and (of course) sexiness.

The story pulls you in from page one. A huge bank robbery has gone horribly wrong and the Joint Task Force 3 has stepped in to help handle the situation.

However, they don’t all agree on how it should be handled so when Sergeant Konoe acts, all Hell breaks lose.

Meanwhile, two new recruits have arrived, and they’re getting thrown into the fray already.

This energetic story is well written and moves along at a perfect pace. The layout is excellent, and the story contains a nice blend of action, humor, and mystery to keep any reader interested through the whole issue.”

JTF-3 Counter Ops the complete collection is available to read as a single graphic novel on the Apple iPad using the iBooks app’s gorgeous comic book page-scrolling-features for only $3.99.

Android Tablet owners can read it using the NOOK app or Kindle app.