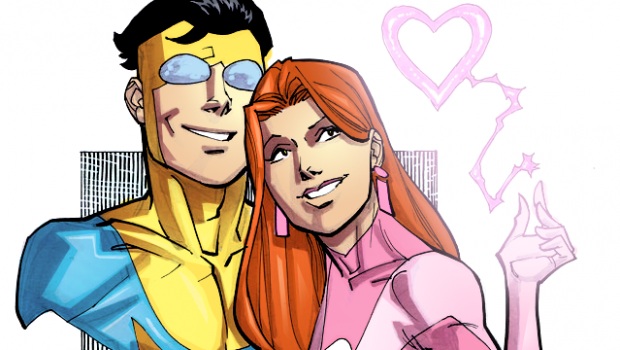 Series artist Ryan Ottley returns to re-team with Robert Kirkman (THE WALKING DEAD, OUTCAST BY KIRKMAN & AZACETA) to launch the final story arc of the long-running creator-owned superhero series INVINCIBLE. “The End of All Things” Part One begins with INVINCIBLE #133 from Image Comics/Skybound Entertainment this November.

This twelve-part mega-story will touch every corner of the Invincible Universe, and when it’s over… It’s over. Every single story for the past thirteen years has been leading up to this ultimate showdown running up to INVINCIBLE #144—the very last issue in the series.

In a letter to fans, Kirkman explained his and Ottley’s decision to end the series. “We’ve got a little over a year to go, and it’s going to be one hell of a year! So please join us for our swan song, thirteen years in the making! We couldn’t have done it without you, the fans, so let’s all cross the finish line together!”

Robert Kirkman on the End of INVINCIBLE

“My greatest hope in life is to one day, when I’m much older, be reading an INVINCIBLE comic book by younger creators I haven’t met, who are doing a book that I hate.”

I’ve been asked many times over the thirteen years of writing INVINCIBLE how long I think this book will go. Some form of that statement has always been my answer. I always thought it would be a great honor to see Invincible rise to the level of Superman or Spider-Man in the pantheon of comic book superheroes. Characters who far outlived their original stories and eventually transformed into story engines that sort of tell the same story (to a certain extent) in perpetuity for generation after generation.

It wasn’t until recently that I realized that goes against everything INVINCIBLE, as a series, has stood for since the very beginning. When Cory Walker and I created him, and with Ryan Ottley, since he joined the team with issue 8, the point of this series has always been to celebrate what we love about superhero comics, but always put our own spin on it. To play with the tropes of the genre, but twist them into something new, at all times, no matter what.

That is why villains sometimes win, and heroes give up… and eventually stop being heroes altogether… and change happens, and sticks, and characters die, and never come back… no matter how popular they are (we maybe should have kept Conquest alive).

So then, it stands to reason, that if most superhero comics continue forever with no end in sight and over their runs do not, in any way, tell a cohesive story that holds together to form a singular narrative… shouldn’t INVINCIBLE do the exact opposite?

It’s been many years now that Ryan Ottley and myself, with occasional help from co-creator Cory Walker (issue 130 in stores soon!) have been chronicling the adventures of Mark Grayson and the many characters that orbit his life. As I began plotting out the issues that lay ahead of us over this next year, I started to realize I was reaching a… conclusion. The big Viltrumite epic, which began with Nolan Grayson going to Earth and fathering Mark, and kicked off with their confrontation all those years ago in issue 11… was coming to an end. Everything was converging in this one story, and looking back, I realized I’d been working toward this the whole time. In talking it over with Ryan I learned, much to my surprise, that the idea of drawing something other than INVINCIBLE someday… and not being stuck in this monthly grind we’ve been in for well over a decade… appealed to him. So it wasclear, I was writing to a conclusion and Ryan was also drawing to one.

So that led to the question of what comes next?

I briefly considered bringing on another team, starting that eventual march to that book I’d read in my old age and throw across the room saying, “This isn’t INVINCIBLE!” And while I did consider some really cool options that would have led to some really cool issues of INVINCIBLE… more and more as I thought about it, I realized ending the series was the right thing to do.

So that’s what we’re doing! Issue 144, the conclusion of the 12-part epic THE END OF ALL THINGS, will be the final issue of Invincible. I’m sure when it’s all said and done, I’ll be sad, and I know I will miss these characters, but for the time being, I’m excited. Ryan will be coming back to the book with issue 133 in November, and we’re going to hit the ground running. We’ve got a wild ride in store for the fans where we’re going to touch every corner of the Invincible Universe, and in the end, tie things up in a really cool and unexpected way.

So we’ve got a little over a year to go, and it’s going to be one hell of a year! So please join us for our swan song, thirteen years in the making! We couldn’t have done it without you, the fans, so lets all cross the finish line together! 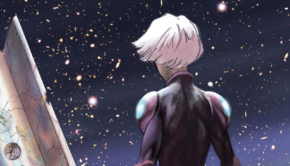 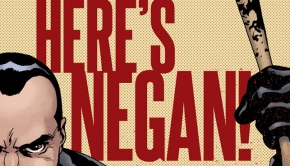