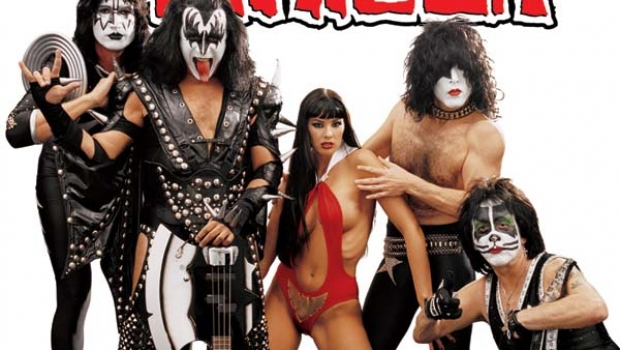 Dynamite Entertainment proudly brings together two of its bestselling brands for a horror/music extravaganza in KISS/Vampirella #1, the debut issue in a new comic book series uniting the legendary rock ‘n’ roll ban with the comic industry’s iconic mistress of the macabre! Written by Chris Sebela (Captain Marvel, Alien vs. Predator) and illustrated by Annapaola Martello (Scarlet Witch, Spider-Gwen), KISS/Vampirella will be a miniseries event launching in June 2017.