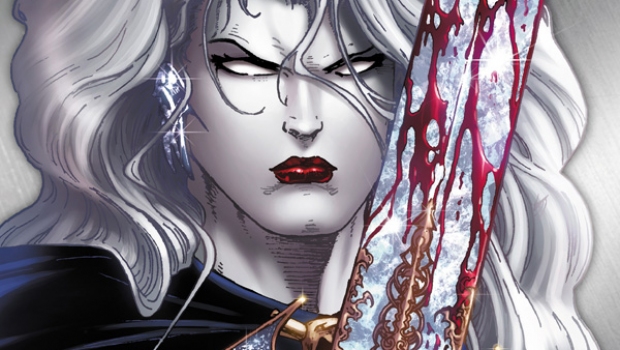 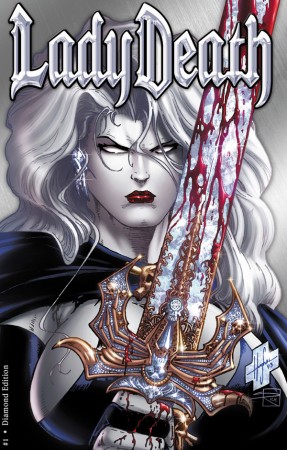 Coffin Comics announced today the release of Lady Death #1 Diamond Edition in conjunction with the 21st anniversary of the historic Lady Death #1.

“In our storied career of groundbreaking special cover enhancements, the diamond edition is special,” says Coffin Comics publisher Brian Pulido. “We’ve been the first to introduce velvet, leather and metal covers to the comic book community. The diamond edition is a testament to the unbreakable, eternal quality of Lady Death, an independent comics icon for over two decades.”

Lady Death was first introduced to the world of comics in December 1991 with a guest-starring role in the infamous comic book series Evil Ernie. She then spun off into her own series Lady Death in February 1994 triggering in part the “bad Girl” movement that swept the comics industry in the nineties.

Since then, Lady Death has appeared in over one hundred comics in eight languages, selling over 20 million copies worldwide. She’s had an animated feature film, dozens of licenses and thousands of Lady Death tattoos adorn the bodies of her adoring fans.