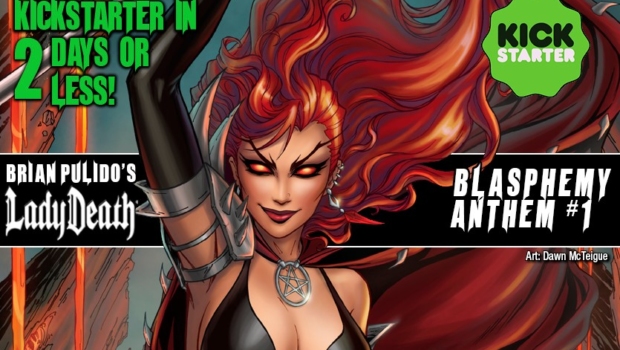 Not sure if you are hip to the news, but Coffin Comics were unclear if Kickstarter would approve this project! The reason? The La Muerta #1: Ascension Kickstarter was not fulfilled as of Aug. 3, 2PM, (they pulled an all hands on deck this weekend to ship out the balance of the La Muerta Kick!!! Coffin Never Rests) so now it has shipped!

BREAKING NEWS just a few minutes ago they found out WE ARE CLEAR TO LAUNCH!!!!!

This has been a real nail biter waiting for the decision to come down from Kickstarter!

This Kickstarter has been a wild ride already and Coffin Comics has not even begun!!! Just wait till they launch it tomorrow on Wednesday, August 7, 2019 at 7:00PM PDT 10:00PM EDT for what madness it will bring!!

Thank you, Sworn Nation for all the encouraging words over the weekend!