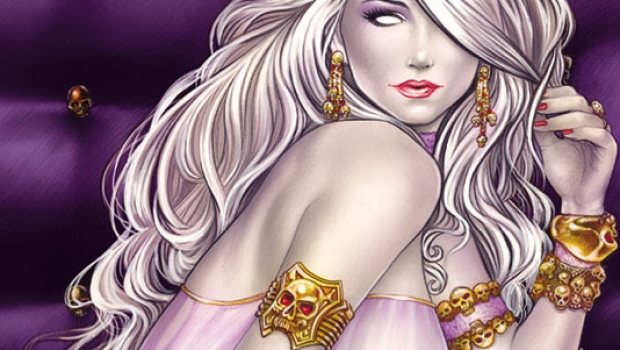 Coffin Comics is stoked to announce that NOW AND FOREVER that Feb. 9 is Officially “Lady Death Day” which celebrates the release of Lady Death #1. 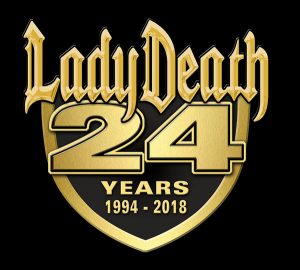 How will they celebrate?

Stay tuned to find out!!!

If you’re just getting into Lady Death or you started reading out of order let’s take you to the beginning of COFFIN COMCS Lady Death – Lady Death: Chaos Rules #1!

In Chaos Rules #1, Lady Death is awakened from a 20-year, spell-induced slumber, she finds herself in the fiery pits of Hell. Two decades of her life, gone –– nothing more than nightmares. Who among her depraved enemies is responsible? How long until she exacts bloody vengeance? Not long!!! This is the first new Lady Death comic I’ve personally published in 12 years. This story –– chock full of sex, violence, and very bad behavior –– is Lady Death, fully realized.

Lady Death: Chaos Rules #1 is a 48-page, square-bound all new graphic novel that captures the rockin’ independent spirit of her original Chaos! Comics (1994-2002) run but takes her story to the present. She’s a bolder, darker, sexier Hope, with more brains and brawn – and she is VERY pissed off!

Get all the comics at the Lady Death Store!