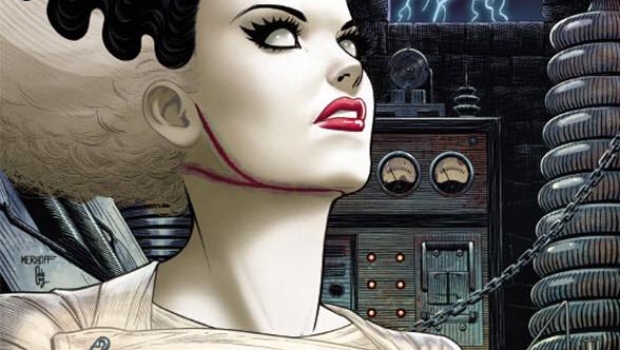 Coffin Comics announced today that the Lady Death Fiend Festival has been postponed. The event is a weekend celebration of all things Lady Death and includes the grand opening of: The Lady Death Museum, The Coffin Comics Company Store and The Crypt of Lady Death. The new dates are scheduled for February 9-11, 2018

“It all comes down to planters,” says Coffin Comics publisher Brian Pulido. “Bottom line, there are a number of exterior compliance issues with our new building, including planters, that we need to address before we can have our event and open our doors to the public. Further, we have to work within the city’s schedule for approval of those elements. It is unlikely that this will all be resolved by our originally planned dates, so we have opted to reschedule the event.”

Coffin Comics apologizes for any inconvenience this decision may have caused.

The good news is that the new dates have special significance to the history of Lady Death. Lady Death #1 was released on February 9, 1994. The Lady Death Fiend Festival will now take place on Lady Death #1’s 24th Anniversary!

Tickets for the Lady Death Fiend Festival will now go on sale in late September. Expect more announcements, including guests, ticket pricing and enhanced VIP experiences in the near future.