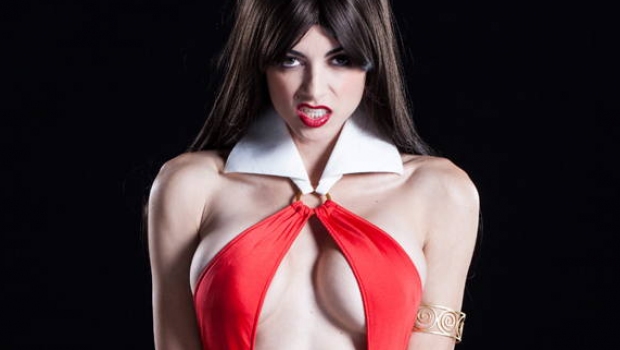 There have been dozens of official or fan-favorite models, donning the swimsuit-costume of the first Bad Grrl in comics, but none have gone so far as to create a video for Playboy including a photoshoot. Model LeeAnna Vamp at her best.