Marilyn Monroe: The Woman Behind The Myth – Comics for Sinners
News 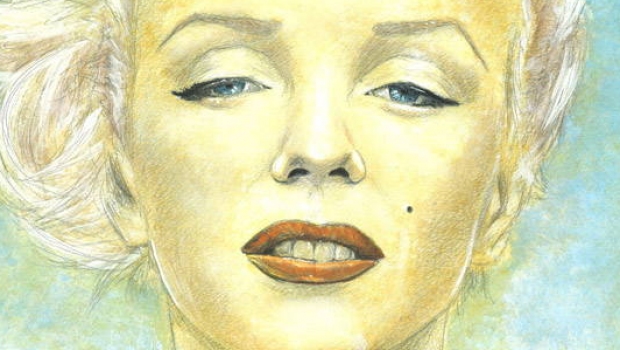 Marilyn Monroe: The Woman Behind The Myth

Marilyn Monroe is one of the most beloved icons of our time– the original blonde bombshell. She defined the term sex symbol and captivated the attention of the public with her beauty, her charisma, and her tumultuous life. She has inspired devotion and admiration among her fans at a level never before seen. Follow her story, from beginning to end, in Tribute: Marilyn Monroe.

Comedic writer Dina Gachman, who writes for Forbes, Huffington Post, Ask Men, Los Angeles Review of Books, and several other publications, and whose blog Bureaucracy for Breakfast was featured on both NPR and Chelsea Handler’s Borderline Amazing Comedy, writes the collectible comic book. Nathan Girten, who has done comic book biographies of Julia Child & RuPaul, drew it. Cover art is by Rob Aragon.

“Before writing this book I just knew the basic perception of Marilyn Monroe: Sexy, bombshell, tragic life, and a legend. I read and watched everything I could on her, and the deeper I got into the research the more I came to understand what an intelligent and complex woman she was. I fell in love with her, and also realized that she desperately wanted to be taken seriously. The book is fun and lighthearted, but it’s also an attempt to peel back the basic perception and see past the fantasy,” said writer Dina Gachman.

Purchase the fun new release in print exclusively at Comic Flea Market at a retail price of $3.99:http://bit.ly/ZgGL60.

You can also buy a digital version for your iPad, iPhone, Nook, or Kindle at iTunes, Nook, Amazon, ComiXology, Iverse, Wowio, My Digital Comics, and more for $1.99.

Previous subjects that have been featured in the “Tribute” line include Elizabeth Taylor, Frank Capra, Michael Jackson and James Dean. All of them can be found digitally on iTunes, Nook & Kindle, and in print at Comic Flea Market.

Bluewater biographies have drawn the attention of hundreds of news outlets, including People Magazine, Us Magazine, MTV, CNN, and The Today Show.