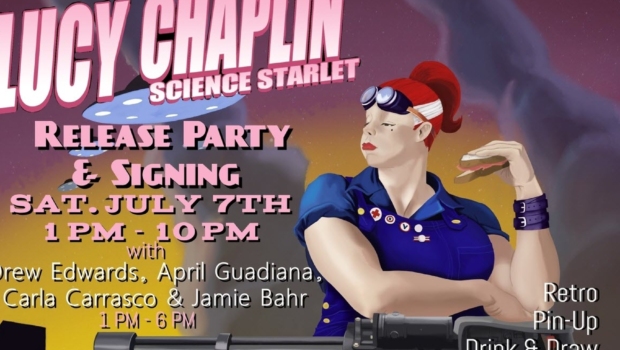 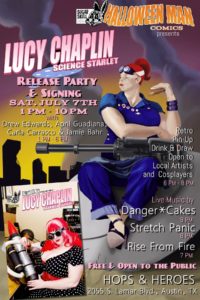 Now on ComiXology, the breakout bombshell from the long-running underground comic,

HALLOWEEN MAN by Drew Edwards, at last has her own special! The world’s smartest woman takes on her toughest foes yet, as the radical terrorist group known only as the Sons of Samson unleash a fiendish plot against women everywhere! Also, venture into Lucy’s laboratory for a sneak peak at some of her favorite inventions! Two ALL-NEW comics plus a special cosplay photo shoot

with Danger*Cakes frontwoman, Jamie Bahr, all in one book!

“Check this one out, you won’t regret it! Between its pin-up art style and ferocious female characters, LUCY CHAPLIN: SCIENCE STARLET delivers a fun introductory tale to what will be a thrilling ride!” -Jamie Rice, ComicsVerse

For those in the Austin, TX area, please join us at Hops & Heroes (2055 S Lamar Blvd.) from 1-10 PM on Saturday, July 7th for the Lucy Chaplin, Science Starlet Release Party! 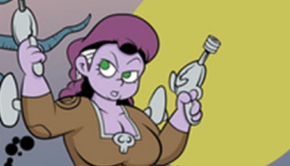 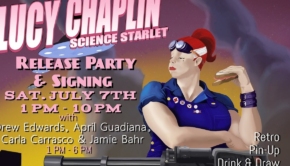