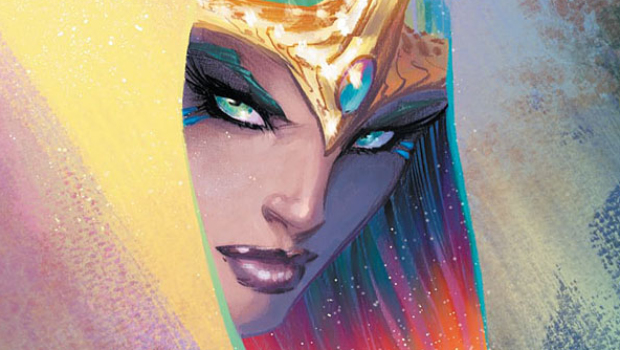 Aspen Comics has reached fifteen years of publishing in 2018, and the year also marks fifteen years for its flagship title, Michael Turner’s Soulfire, that debuted in 2003. To commemorate both milestones, Aspen released the first issue of an all-new seventh volume of the hit magical action-adventure series on July 18th, in addition to a 25-cent Soulfire Primer introductory issue for new and returning readers, and the release of the Soulfire Volume 6: “Future Shock” trade paperback.

For more information on Aspen Comics and Soulfire please check the following: