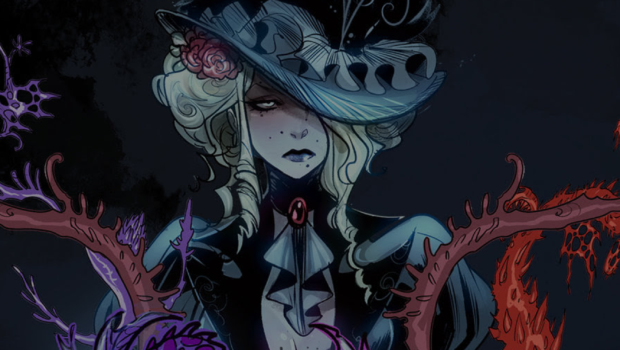 Mirka Andolfo’s MERCY to launch in 2020

Bestselling creator Mirka Andolfo (Unnatural) teased her upcoming Image Comics miniseries, Mercy, last week with the promise to unveil more exciting details about the goth-inspired, Victorian monster series as the 2020 United States launch date approaches. The series will launch first in Italy from Panini this November, followed by 2020 releases in France from Glénat and in the United States from Image Comics.

Mercy explores topics of “otherness,” damnation and redemption, and what it means to be a monster in a horror tale perfect for fans of Penny Dreadful, Crimson Peak, The Alienist, Parasol Protectorate, and Dark Shadows.

After the poignant story of inclusion and self-discovery told in Unnatural, Andolfo presents a darker story that addresses issues far beyond typical genre-related tropes. Fans excited for the new series can visit https://www.mirkaandolfo.com/ to download a free wallpaper of the Mercy artwork.

Unnatural #12: Finale by Mirka Andofo, rushed back to print →