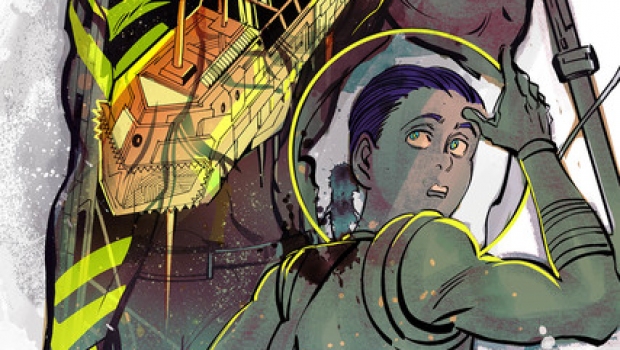 Writer Damian Wampler and husband and wife team Andrea Montano and Timothy Sparvero take you out of this world. As you can see, the art is colorful and the pages are action-packed. This is Moby Dick like you’ve never seen it before.

A young runaway embarks on a deep space voyage aboard the Arrowhead, only to find that the captain is on a mad quest to kill the albino monster that took his leg. The captain’s name is Ahab. And the boy? Call him Ishmael.

Arrowhead is a science fiction comic book adaptation of Moby Dick. It is a true and honest adaptation of the work that is faithful to Melville’s vision and intention. The goal of Arrowhead is to make Melville’s classic work accessible to pre-teen and early teen readers ages 10-14.

As Damian Wampler says: “We want to expose young readers to literature and get this classic story into their hands as a colorful, fun comic that is accurate to the source material. We hope that this will make Moby Dick more widely known and more easily understood so that as they grow older, they will seek out and read the original text.”

Arrowhead is still in production. Over the course of the next several months, Andrea and Timothy will complete the artwork for volume one of the graphic novel.

Keep up to speed via damianwampler.com 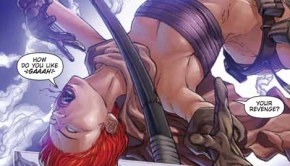