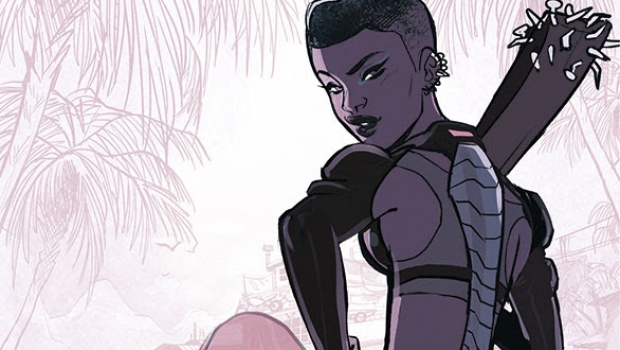 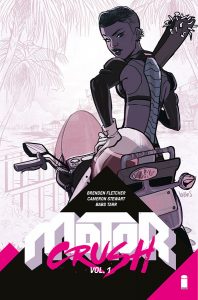 MOTOR CRUSH, VOL. 1 follows Domino Swift. By day, she competes for fame & fortune in a worldwide motorcycle racing league. By night, she cracks heads of rival gangs in brutal bike wars to gain possession of a rare, valuable contraband: an engine-boosting “machine narcotic” known as Crush.

It is available for pre-order on Amazon, Barnes & Noble, IndieBound, and Indigo. AND YOUR LOCAL COMIC BOOK STORE OF COURSE!! 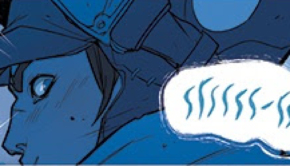 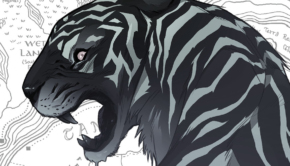