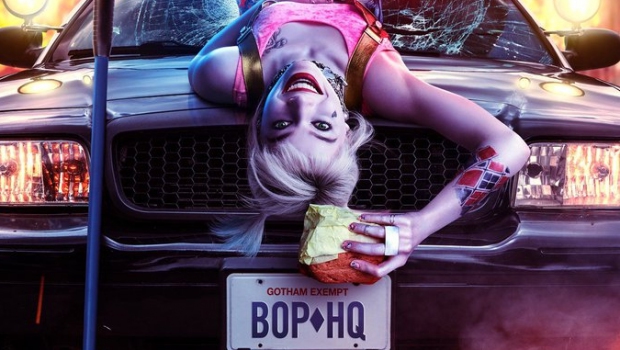 The Joker has broken up with Harley Quinn (Robbie) and thrown her out of his house. Harley spends her time drowning her sorrows at a night club that’s owned by mob boss Roman Sionis, the Black Mask (McGregor). The feature in this club is singer Dinah Lance, the Black Canary (Smollett-Bell) who winds up becoming Sionis driver after Harley breaks the original drivers’ legs. The McGuffin in this film is the Bertinelli diamond which Sionis claims is his. Sionis is about to kill Harley, but she buys time by telling the mob boss that she can bring him the diamond, then the chase is on!

I’m kind of mixed here. Yes, this is an excellent action film, but I get the feeling that they’re trying to be the DC version of Deadpool, and it’s a pale imitation. They even have an Asian kid, Cassandra Cain (Basco) that needs to be rescued like in Deadpool 2, only here it’s a girl instead of a boy. I love Margo Robbie, but I must admit, I found the narration kind of irritating and no where near as comical as in Deadpool. I feel like if they had cut the narration it would have been a better movie. Robbie does shine as the title character and Ewan McGregor turns in an excellent performance as the villain. I always love seeing Rosie Perez and she stands out as well as detective Renee Montoya. Everyone in this film is over the top in their performances, but this is a comic book movie, and this is to be expected. Sometimes it’s a bit much and cheesy, though nowhere near as cheesy as, say, Batman and Robin. Uma Thurman’s Poison Ivy in that film is so over the top that it hurts to watch her performance. While we’re on the subject, I was surprised that the character of Poison Ivy wasn’t in this film, considering how close she and Harley are in the comics. Harley finds a way to show the world, or at least Gotham City, how she has emancipated herself from the Joker by stealing a gasoline truck and crashing it into the chemical plant where she became her iconic character and blowing it up. She leaves behind her “J” necklace to highlight how she is now completely over the Clown Prince of Crime.

One of the films failures is that Gotham, which in most Batman related projects, is revealed to be a dark and demented place to live, Kind of like Detroit, (sorry Michiganers) but here it could be Manhattan or Chicago. Gotham itself is almost a character in most of these films and that feel just doesn’t resonate here like it should. The humor is hit or miss, but mostly hits right. One bit I enjoyed is when the Police Captain tells Montoya to turn in her badge, which is a cliché that happens in so many cop films. Robbie’s narration lets us know that if we’ve ever seen any cop movies that after the cop must turn in his or her badge, that’s when it gets real. And it sure does in this movie too! The woke politics continue to play a part as the characters of Black Canary and Cassandra Cain, which were created as white characters are now portrayed by African American actress Jurnee Smollett-Bell and Asian Actress Ella Jay Basco, even though Cain is supposed to be Bruce Wayne’s cousin. Their performances are fine, I enjoyed everyone in this film and have no problems with them I just find it irritating when the powers that be in La-La Land criticize people like Scarlett Johansen for taking a role that was meant to be an Asian character (Ghost in the Shell) or a transsexual character (Rub and Tug) in a film project that she eventually had to drop out of because of SJW complaints, and now that film is dead in the water. Incidentally, SJW’s why did you have a problem with Scarlett Johansen playing a trans character but not Felicity Huffman (Transamerica)?

But if anyone criticizes the race swapping’s of White characters, they’re called Racist. Oh, well, that’s a discussion for a different article. For now, this is a great popcorn movie a fun ride right up until the very end and the action never slows down. Some moments don’t quite work, such as the bonding between Harley and Cassandra and the banter between the ladies as they get to know each other, I don’t know why but the chemistry isn’t as strong as it should be with the Birds of Prey characters. I think the Huntress character’s anger at what happened to her family (no spoilers for those who aren’t familiar with the character) is brought down by the other members of the team as they try to find humor in her situation. It makes it not ring as true as it could have. These moments are, fortunately, overshadowed by the action. The set up for the ladies becoming a team doesn’t happen until the final battle as the focus is on Harley and her predicament, which is where it should be. *** (8.3 rating)

Based on: Birds of Prey by Jordan B. Gorfinkel, Chuck Dixon