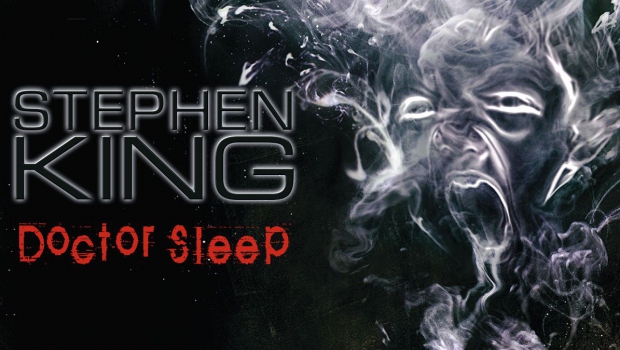 After the events in the outlook hotel, Wendy (Alex Essoe) and Danny (Roger Dale Floyd) Torrance move to Florida where Danny still has nightmares about what happened at that haunted hotel. Dick Hallorann (Carl Lumbly) who first introduced Danny to “the shining” back at the Overlook, returns to help Danny deal with his nightmares. Other people who have “the shining” led by Rose the Hat (Ferguson) continue their existence by recruiting others who have the same shining and feeding off still others with the same affliction, deciding who among their own kind will live or die. They call themselves True Knot. We jump ahead to 2011 where Danny (McGregor) is an alcoholic to try and deal with his past and affliction.

In 2019, Danny is contacted telepathically by Abra Stone (Curran) as she has been getting bad vibes from Rose. She watches them, in her head, as the kill a young boy and feed off his soul. Danny and Abra team up to take on the True Knot.

My review: Here’s an excellent adaptation of a Stephen King novel, also called Dr. Sleep, which serves as a sequel to both the movie and novel versions of The Shining. I’ve just left the theatre and the thoughts just coming to me that McGregor’s Danny Torrance has a lot in common with Sir Alec Guinness Obi-Wan Kenobi, a character McGregor has also played, but no spoilers, if you want to know how see the film. Mike Flannagan does a fine job of recreating moments from the original Shinning and integrates them well here. Sometimes these scenes work better than others, but all in all, it’s a great homage.
The performances are all top-notch. Ewan McGregor is perfect as the adult Danny, who is seeking to relieve himself of the shinning and the ghosts of his past. He deals with his problems the same way his dad did, by drowning them in a sea of Jack Daniels. Danny’s wrestling with his demons brings a degree of sympathy from the viewer. The breakout star, of course, is the young Kyleigh Curran. Her emotions ring true as Abra witnesses the death of the young boy and must overcome her fears of the True Knot to effectively battle them.
There are moments that fall flat in the film to be sure. The ending isn’t as suspenseful as we would expect given the source material. It may be that Flanagan was too intimidated by the source material and thus kept the tone a bit more subdued. But overall the film delivers a fine experience in terror and the bond between Danny and Abra is what saves the film. Also, Rebecca Ferguson takes a King character that could have been played way to over the top and gives her a gravitas that makes her a fine screen antagonist.
All in all, a smooth adaptation of a good novel, the cast and crew do a fine job of making a sequel to a movie based on a book and picking out the best of both the original source and the adaptation, which is quite different from that source, not an easy job! *** (8.8 rating.)

Based on Doctor Sleep by Stephen King