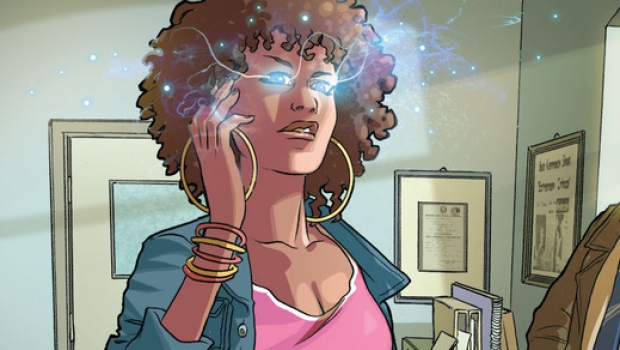 Light of Dawn is a 53 page graphic novel that’s equal parts fantasy, murder mystery and coming of age. Dawn Sullivan is an enthusiastic eighteen year old mage who has always dreamed of following in the footsteps of her father Elijah, an experienced mage who is also a renowned private investigator. Realizing that she’s never going to give that dream up anytime soon, he officially takes her under his wing as his new partner.

In their first case as a team, the two work to solve the murder of Emma Stevens, a post-grad student who was found dead in her apartment. Throughout this arc, Dawn will explore the depths of her abilities as they relate to solving cases but Elijah is always there to make sure those abilities don’t go too far. As an experienced mage, he is well aware of the potential darkness their abilities have and will be constantly keeping watch of Dawn to make sure she doesn’t cross that line.

Light of Dawn is written by Quinton Miles, author of the free digital comic series TEMPLATE. It is illustrated by Oscar Celestini, artist of Zenescope’s GRIMM FAIRY TALES PRESENTS MADNESS OF WONDERLAND series and colorist of many other books including Vertigo’s UNKNOWN SOLDIER. Martín A. Pérez (aka MaGnUs) will be handling the letters. 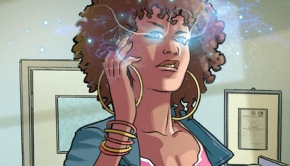 Start Up “The Light Of Dawn” →