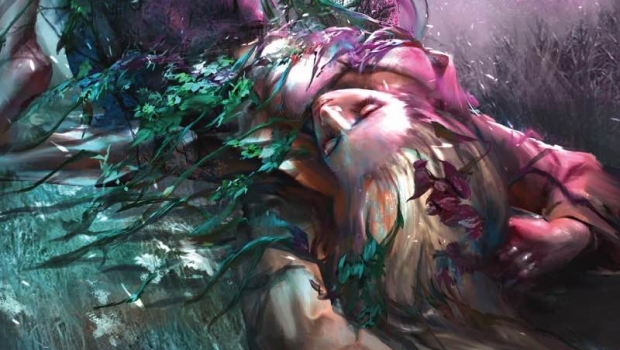 If you’re unfamiliar with Double Take’s line of books, they’re set in the world of The Night of the Living Dead, but the charming thing is that they’re not regurgitating the original movie. Instead they’re drawing inspiration from the film.

Double Take Comics has announced a new no fail Kickstarter to promote the third issue Super Packs in the Night of the Living Dead Universe that launched in 2015. The Kickstarter is being used as a pre-order vehicle instead of traditional crowdfunding. With a modest goal that has already been reached fans can donate without risk of the campaign failing. Double Take has created pledge levels for existing as well as new readers. They have also created a package specifically for retailers. Think you know everything about the cult classic Night of The Living Dead? Think again. This world has been built around the zombie outbreak and one movie couldn’t hope to contain this outbreak! Check out the Kickstarter at https://www.kickstarter.com/projects/221551805/genesis-iii.

“Kickstarter was originally created to give anyone a chance to create something amazing. We are simply using that intent in a completely different way,” explained Double Take’s Sales and Marketing Manager Gabe Yocum. “We have established sales with both the book and direct markets and we know full well how large and important the Kickstarter community is. This is just one more way to reach out to our readers.”

10 Titles to choose from!

Z-Men: Dead and/or alive. LBJ orders the Secret Service to bring him back a Zombie. This should be easy…
Spring: Hot sun, hot babes, and the cold decaying flesh of the zombie horde.
Home: A happy family, a lovely spring evening, and zombies. The family that faces zombies together stays together.
Dedication: Thanks to some hungry customers, the closing shift at George’s Market has turned into a graveyard shift.
Remote: As ghouls surround her station, KBRF Radio ace DJ Samantha stays on the air all night. Will Rock & Roll save her soul?
Honor: Protect. Serve. Beat. Burn. Rinse. Repeat. If you get pulled over by these cops, get ready to hand over your license, registration, and death certificate.
Soul: The posse shoots to kill, but Ben survives. Too bad it’s all downhill from here. As the tale unwinds, Chief McClelland and the posse suspect that Ben may not be telling them the whole truth.
Rise: They’re coming to get you Barbara. An old story with a new end and a new beginning.
Medic: Doctors, and nurses, and zombies, oh my! These patients just won’t die!
Slab: Even a Brain a-day can’t keep this doctor away.

ABOUT DOUBLE TAKE
Double Take (2T) is launching a new comic book universe. Our 1st 10 stories start in the world established by the 1968 cult classic, Night of the Living Dead, then we let our imaginations…and our zombies…run wild. Mostly, our creators are telling new stories starring new characters. But if you love the classic film, you won’t be disappointed. You can follow your favorite characters from the film, from their first appearances through their dying breaths, to their first baby zombie steps. 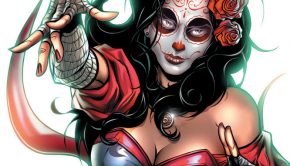 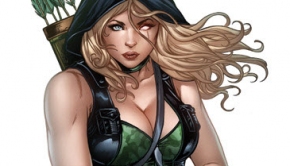