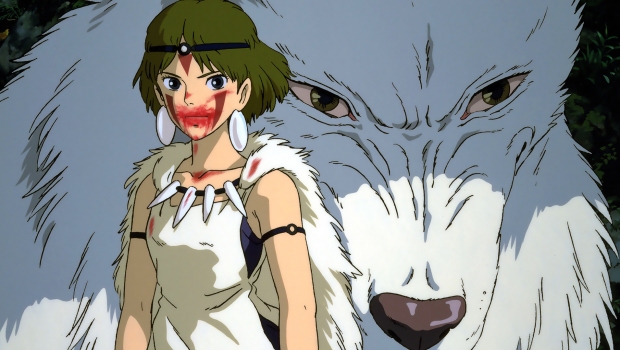 The Studio Ghibli Library imprint is exclusively devoted to the work of iconic Japanese film director Hayao Miyazaki and his famed animation studio. The imprint has collected a substantial catalog of full-color art books, film comics, children’s picture books and other releases celebrating Studio Ghibli films such as Princess Mononoke, Howl’s Moving Castle, Spirited Away, My Neighbor Totoro, Nausicaä Of The Valley Of The Wind, and Pocco Rosso.

THE ART OF PRINCESS MONONOKE ·

A rerelease of the popular Studio Ghibli art book, featuring an all new translation and presentation. The hardcover edition features insightful interviews, concept sketches, character art and finished animation cels from the critically acclaimed fantasy action film by Oscar-winning director Hayao Miyazaki. Released in 1997, Princess Mononoke was the first Hayao Miyazaki film to break into the American mainstream. The journey from initial idea to the big screen is captured here in stunning detail and also includes a look at Miyazaki’s original concept art and the use of computer graphics technology in the film’s production.

An oversized, lavishly illustrated storybook featuring original watercolor art by legendary filmmaker Hayao Miyazaki, this is the original Princess Mononoke story created by Miyazaki in 1980 while he was first conceptualizing the landmark animated film that would later be released to universal acclaim seventeen years later. As an initial version of the tale, it offers a new and different perspective from the final version presented in the film. After a long, exhausting war, a samurai lost in a forest encounters a giant wildcat – a mononoke. The beast saves his life, but at the price of his daughter’s hand in marriage…

“These beautiful hardcover editions from the Studio Ghibli imprint are guaranteed to delight serious fans and collectors of the work of Hayao Miyazaki,” says Masumi Washington, Senior Editorial Director. “PRINCESS MONONOKE: THE FIRST STORY is an especially noteworthy release as it details the film’s original origin story, interweaved with many of Miyazaki’s own philosophies on the delicate balance that civilization must maintain with nature. Together with the ART OF PRINCESS MONONOKE, these volumes will be a thrilling way to revisit the landmark film and dive into the amazing details and story behind it.”