New ‘Valerian and the City of a Thousand Planets’ Trailer

A new teaser trailer for Luc Besson’s sciencefiction movie Valerian and the City of a Thousand Planets was released.

You remember the first teaser? Now the second teaser shows a diversity of landscapes, cityscapes, various aliens -friendly or not so mucho- and action that will have your head spinning more then with the latest Star Wars movies combined! Yeah, you heard that right!

The movie opens in U.S.  theaters on July 21, distributed by STX Entertainment.

Titan Entertainment will release an ‘Art of’ and ‘Making of’ books for the movie, as well as a novelization. Cinebook, which has been releasing the individual graphic novels in the U.S., will begin releasing new collection Valerian Complete Collection HC Vol 1 in May.

The first episode of Valerian, the cult comicbook, is now ready for a FREE download so everyone can experience first-hand the magical worlds and the spatiotemporal agent that inspired many authors of comics and movies, like Luc Besson in his new movie! 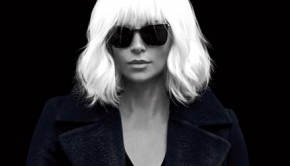