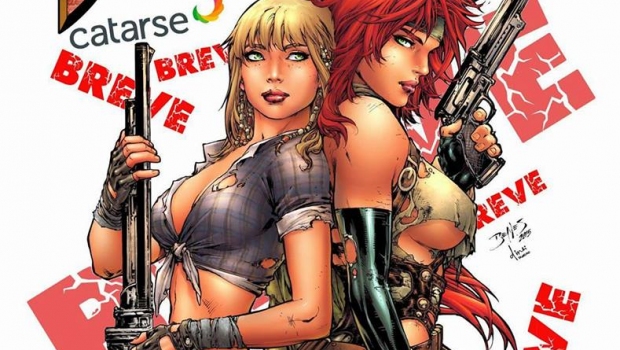 Nina and Ariel was a project that came into the head of Ed Benes in 2004. At the time he posted the idea in a blog and on a website. Benes was producing comics for the American market with female characters (Birds of Prey), so one thing led to another, and it was easy to associate the project with what he liked best, in this case a Mad Max scenario with a few different ideas… The idea of ​​it becoming an adult comic emerged after seeing several European editions and a film produced by Frank Frazeta, (Fire and Ice, 1983). Adult here meaning topless ladies… not hardcore XXX!

Since 2004 Ed Benes has been getting commissions, and the work he was doing portraying Nina and Ariel have always been very well sold. Time did not diminish the interest of the customers in the characters and their history, so it became clear to him that the moment was coming! That it was time for the world to meet Nina and Ariel, and nothing better than starting with Brazil.

Ed Benes has established his name in the industry, and now he want to put his own project in the history of comic books … and he counts on his fans!

For this particular project Ed Benes wants to make it truly exclusive for his first backers. It is unique and exclusive, with EXCLUSIVE COAT and EXCLUSIVE EXTRAS. A single run will be made for the supporters, then a new run will be made with another cover and another setting, only the crux of pages and story will be kept the same.
The real purpose is to make a luxury edition for all the supporters, with better quality paper, glossy lamination cover and even more pages and more content. For this Benes needs to meet the extended goals. 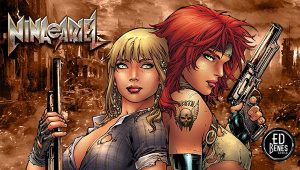 The plot of this first edition of Nina and Ariel is still the same as Ed Benes created in 2004.
Humanity’s disregard for the natural resources offered by the planet brought serious consequences for the future and a great war for territories that still had resources was established; While the war was being waged among the soldiers, the scientists found an escape route, thus arising the NEW EDEN. Becoming a hope for humanity, all those who were of real importance to the continuation of the species or had enough possessions to pay for it, set out for this new world, leaving behind the scum of humanity, living on a war-destroyed planet and almost without resources for survival. 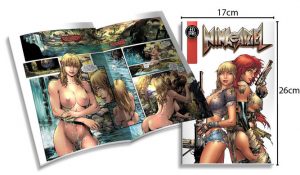 In this scenario we find our heroines. Nina, a young woman who grew up far away from the war and not knowing what the world was becoming. Ariel, a former military (wo)man trained to survive the worst conditions and who fought in the great war. Her platoon was responsible for great victories.

In this first edition of Nina and Ariel our heroines are presented and we will follow the exact moment they meet and begin their adventures together in this chaotic scenario where we can feel the climate of violence and tension in which history will unfold.